All the guest of Meghan Markle's Archetype Podcat got revealed, including many big names! 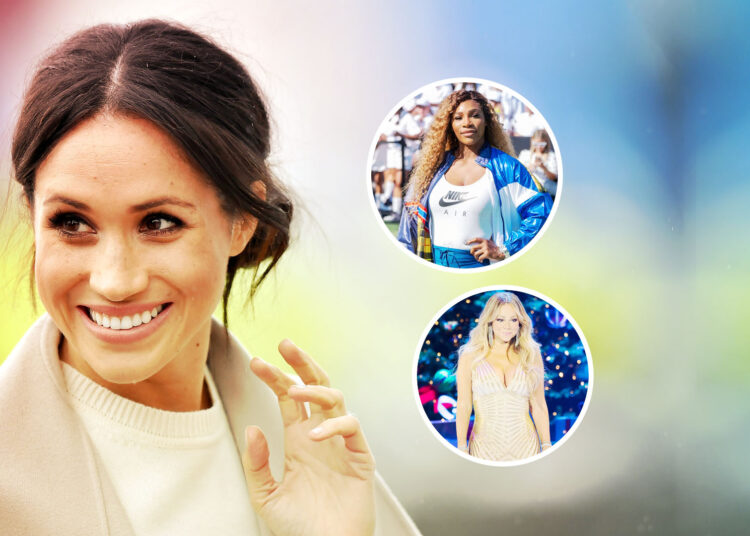 Meghan Markle recently revealed she’ll be doing Archetypes Podcast, and she has also announced the number and names of the guest. Let’s check out the details.

A lot of new projects are coming to give us the best entertainment and also reveal some secrets of celebrities.

Whether it is related to the reality show revolving around them or a podcast or interview that is going to ask them something interesting related to their life and their work.

Something like this is going to come to Meghan Markle who has revealed doing an Archetypes Podcast. Coming to the guest and number of people then at least 6 celebrities are confirmed to be appearing as guests.

Meghan Markle released or launched a new kind of Archetypes Podcast last week on Spotify. And when it comes to the line of celebrities then it has been revealed. While announcing the podcast Megan Markle opened up about the guest she would love to interview in the future.

“This is Archetypes – the podcast where we dissect, explore, and subvert the labels that try to hold women back. I’ll have conversations with women who know all too well how these typecasts shape our narratives. And I’ll talk to historians to understand how we even got here in the first place.”

Here is the list of Meghan Markle’s Podcast guests.

The first guest is going to be the megastar of tennis and that is Serena Williams. Meghan Markle would love to have Serena Williams in her show as a guest and talk about something related to her life and also the moment of her play.

Without further waiting, we would be seeing Mariah Carey as one of the guests who would be featured in the second episode of the podcast. Fans are loving the selection of Meghan Markle’s show as they always wanted Serena Williams and Mariah.

The next one is Constance Wu, an American actress who is known for doing a lot of roles in movies and series. The next guest we have is Issa Rae who would be featuring in one of the episodes of the podcast but has not confirmed which one.

Coming to another guest then it is Margaret Cho who would be there revealing some of her life think also her work. It would be lovely to see her in the podcast talking about something different and common between herself and Meghan Markle.

The next celebrity is Lisa Ling, an American journalist and television personality who is famous for doing shows on ABC and a lot of documentaries. The next we have is Ziwe. Ziwe is a late-night talk show host.

Some different celebrities are expected to appear on the show and among them is Priyanka Chopra who is a close friend of Meghan Markle. We might be seeing the Indian actress Deepika Padukone as one of the guests in one of the episodes but it is not confirmed.