Demi Lovato Was Seen With Her New Boyfriend Jute$!

Demi Lovato was seen with Jute$ while walking hand in hand in city after changing her pronoun! 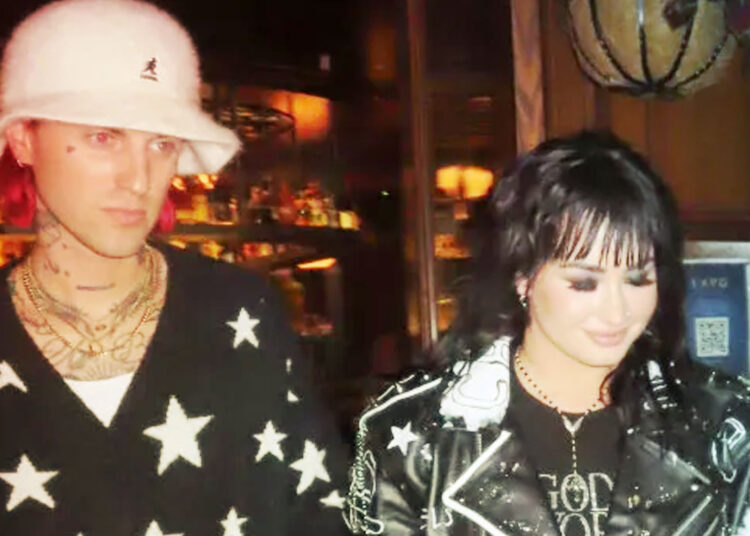 Recently Demi Lovato was seen with her rumored boyfriend Jute$. In Hollywood, the relationship is something that always gains the limelight. Whether it is related to dating or breaking, it has gained all kinds of headlines.

It happens almost every month that we hear something related to the breakup or makeup of any celebrities with others.  And if we talk about any recent one then we have quite a few names on our list. Among them is Demi Lovato and her new romance that took all the internet on the storm.

Demi Lovato is now came officially with her new romance. The 29-year-old singer was seen holding a hand with her musician boyfriend whose name is Jute$.

The singer recently started the previous pronoun that is she or her again and it shows that she is right now dating a boy. When she started using this pronoun then a lot of fans speculated about her relationship and it finally came true.

Here you can see the photos of Demi Lovato with her new boyfriend Jute$!

Demi Lovato is right now very busy relating to the promotion of her upcoming album which is said to be Holy Fvck. And in between all these things she has decided to take her romance publicly and took a break.

It was on 16 August in New York when Demi Lovato was seen with Jute$. She was in New York related to the show called The Tonight Show with Jimmy Fallon. She was seen in platform loafers with stockings and a skirt. She matches the whole look with a leather jacket and necklaces with heavy eyeshadows.

The couple was seen holding hands as the media were there to take pictures in the city. When it comes to the look of Jute$ then he was wearing a black sweater with a star design and a bucket heart. He was also wearing ripped jeans to match his look and some chains. Demi was all smiling while going hand in a hand with her partner.

It was just a few days ago when Demi Lovato has spoken about her relationship. She said that it is really healthy and very happy. When she talked about Jute$ then she called him a super great guy.

The singer has also opened up about her life being single and alone. She said that she felt good while being alone but also had sad moments for sure.