Young Sheldon Season 6: Upcoming Season of the Series and Its Cast Members 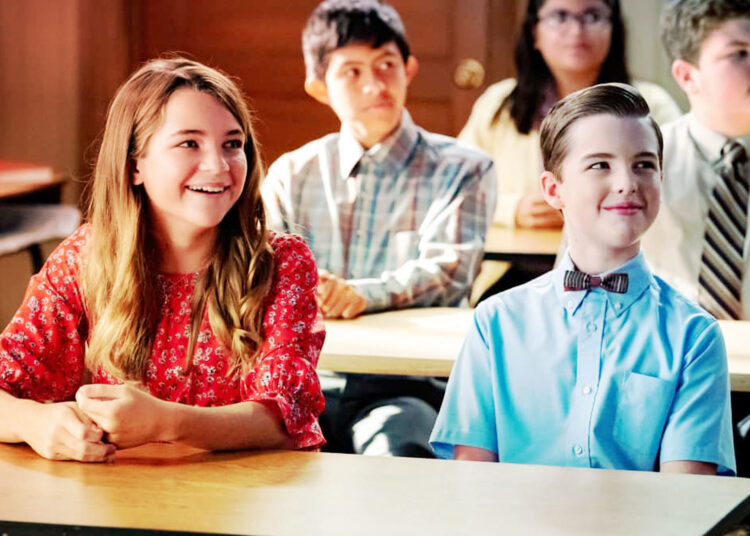 Young Sheldon is returning with its season 6, are you all set to have fun with the series, let’s find out what’s new will be in the upcoming season.

The spin-off prequel of the famous American sitcom ‘The Big Bang Theory is returning on CBS this September for a sixth and penultimate season. ‘Young Sheldon’ features the early life of genius theoretical physicist Sheldon Cooper in East Texas. The setting of the plot is the 1980s and 1990s.

We find our familiar quintessential and socially disabled scientist as a young prodigy who struggles through high school and goes to college much earlier than common people.

His mother, father, elder sister, elder brother, and grandmother also appear in the series with their individual personal dramas. The series obliges to the kind of life that the older Sheldon describes in TBBT to have led in his childhood.

‘Young Sheldon’ premiered on September 25, 2017, on CBS. In March of 2021, the series was renewed for fifth, sixth, and seventh seasons with the seventh one presumably being the last one. The Young Sheldon Season 6 is set to release on September 29, 2022.

Now let us see what the cast members’ previous tv series and films are.

Child prodigy Sheldon Cooper who later grows up to be the eccentric oddball scientist eventually winning the Nobel prize in physics is played by American child actor Iain Armitage in this spin-off.

Armitage successfully portrays young Sheldon’s eccentricity and social awkwardness through which the child prodigy slowly grows up amidst his family’s support and often bickering. Armitage’s other significant role is as Ziggy Chapman in the American drama series ‘Big Little Lies.

He also appeared in the series ‘Impractical Jokers’, ‘Little Big Shots, ‘Law & Order: Special Victims Unit, ‘Jeopardy!’, ‘Nickelodeon’s Unfiltered’, and ‘Group Chat’. He starred in the movies ‘The Glass Castle, ‘Our Souls at Night, ‘I’m Not Here’ and was voice cast in ‘Scoob!’, ‘PAW Patrol: The Movie.

Sheldon’s fraternal younger twin sister Missy is an insightful child who likes many teenagers is seen to face changes in her attitude and psyche. She also is often overshadowed by her twin brother who almost always snatches the spotlight due to his academic excellence or tantrums.

Still, the two young siblings as they grow older and more mature, learn to understand each other. Missy is brilliantly played by American child actress Raegan Revord. She also appeared as Megan in ‘Modern Family.

Playing the elder sibling of the Cooper household George Jr. or Georgie, American actor Montana Jordan stars in the series. Georgie is not very much success when it comes to school, but shows early signs of business instinct. He starred in the 2018 film ‘The Legacy of a Whitetail Deer Hunter’.

Sheldon, Missy, and Georgie’s mother Mary Cooper are played by American actress Zoe Perry. Perry’s real-life mother Laurie Metcalf plays an older Mary Cooper in TBBT. Perry’s previous tv series roles include in ‘The Family’, and ‘And scandal’. She was also cast in the films ‘The Loss of a Teardrop Diamond’, and ‘No Pay, Nudity.

He starred in the tv series ‘Faking It, ‘The Comeback’ and the films Gangster Squad’, ‘Shades of Ray’, ‘Leatherheads’, ‘And for Your Consideration, ‘And the Godfather of Green Bay’ etc.

Playing the grandmother of the Cooper children- the famous Meemaw, whose reference we have often heard from Sheldon in TBBT, is portrayed by American actress Annie Potts.

Meemaw or Connie Tucker is a carefree spirited old woman who has just begun to live her life. She starred in the tv series ‘Goodtime Girls’, ‘Designing Women’, ‘Love & War, ‘Dangerous Minds’, ‘Over the Top’, ‘Any Day Now, ‘GCB’ etc.

She won a nomination for a Golden Globe Award for starring in the film Corvette Summer and a Genie Award for her role in another movie ‘Heartaches’.

As supporting cast members we see the series Wallace Shawn as a socially awkward college professor of Physics, Melissa Peterman as Cooper’s neighbor Brenda Sparks with whom George Sr. will possibly cheat on his wife, Matt Hobby as Pastor Jeff of the church where Mary works, Ed Begley Jr. as Sheldon’s college principal and Dr. Sturgis’ colleague, Mckenna Grace as Paige, the child prodigy whom Sheldon thinks his rival, Craig T. Nelson as Dale who becomes the boyfriend of Meemaw after Dr. Sturgis, Reba McEntire as Dale’s ex-wife June, Dan Byrd as the young and unorthodox Pastor Rob with whom Mary makes a connection, and Emily Osment as Mandy, Georgie’s much older girlfriend who gets pregnant by him.