The films and tv series in which the cast members of the Leonardo series have been seen before. 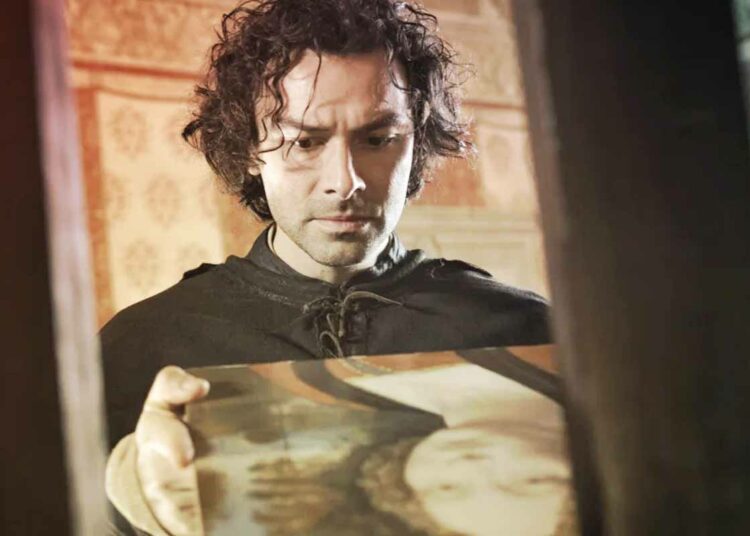 Frank Spotnitz and Steve Thompson have created the historical drama series ‘Leonardo’. The plot of the series is set in the year 1506 and deals with the life of Leonardo da Vinci at the center of the story.

As the most famous artist of his time da Vinci recounts his life story to an officer of the Duchy of Milan after being accused of the murder of Caterina de Cremona.

Gradually the officers begin to understand Leonardo is innocent and becomes determined to reveal the truth. The producers of the series have declared that the story is not entirely based on reality and often gives way to fictional elements.

The series premiered on March 23, 2021, and got renewed for a second season in the same month. On August 11 the first season of the series is set to arrive on The CW in the United States.

These actors and actresses have starred in other series and films too which are as follows:

Let’s check out the Stars of Leonardo

Playing the titular and leading role of Leonardo da Vinci, Irish actor Aidan Turner stars in the series. From 2008 to 2009 he played the role of the main character Ruairí McGowan in the primetime medical tv series ‘The Clinic’.

In 2009 he starred in tv series based on Pre-Raphaelite Brotherhood in the main role of Dante Gabriel Rossetti.

From 2009 to 2011 he played John Mitchell as the lead character in the supernatural comedy series ‘Being Human. In 2015 Turner was cast in the miniseries ‘And Then There Were None’ playing Philip Lombard.

From 2015 to 2019 he was cast in the lead role of Ross Poldark in the historical series ‘Poldark’. In the upcoming series ‘The Suspect’ he will be seen starring in the lead role of Dr. Joseph O’Loughlin. The films in which he starred are ‘Alarm’, ‘The Hobbit: An Unexpected Journey, ‘The Mortal Instruments: City of Bones, ‘The Hobbit: The Desolation of Smaug’, ‘The Hobbit: The Battle of the Five Armies, ‘The Secret Scripture, ‘Loving Vincent, ‘The Man Who Killed Hitler and Then the Bigfoot’, ‘Love Is Blind‘.

In the upcoming epic biblical movie ‘The Way of the Wind’ he will star as André.

In 2020 she was cast in the main role of Elena Alves in the mystery psychological thriller miniseries ‘The Undoing’. the films in which she acted in significant roles are ‘Italian Race’, ‘A Family’, ‘The Prize’, ‘Youtopia’, ‘Reckless’, ‘Divine’, ‘Rose Island’, ‘Atlas’, ‘A Bookshop in Paris’.

In the 2022 movie ‘Across the River and into the Trees’ that is adapted from the same named novel by Ernest Hemingway, she will be seen starring.

In 2001 he was cast in the lead role of ‘Rebel Heart’ as Ernie Coyne. In 2014 he starred in the main role of Thomas Schaeffer in the American crime drama series ‘Those Who Kill’.

From 2015 to 2016 he was cast as the main character Edwin Jarvis in ‘Agent Carter of MCU. In the recurring role of Anson, he played in the espionage thriller series ‘Homeland’ in 2018.

In 2022 he starred as the leading character James in miniseries Deadline’ co-starring with Charlie Murphy.

The other series in which he starred D’Arcy starred are ‘Silent Witness’, ‘Dalziel and Pascoe’, ‘Brookside’, ‘The Ruth Rendell Mysteries’, ‘A Dance to the Music of Time, ‘Sunburn’, ‘Dark Realm’, ‘P.O.W.’, ‘Agatha Christie’s Poirot’, ‘Agatha Christie’s Marple’, ‘Ancient Rome: The Rise and Fall of an Empire, ‘Fallen Angel’, ‘The Inspector Lynley Mysteries, ‘Bonekickers’, ‘Secret Diary of a Call Girl, ‘Broadchurch’, ‘The Hot Zone, etc.

Italian actor Alessandro Sperduti is another cast member of the series. The films in which he was cast are ‘Heaven’, ‘I Am David’, ‘Love Is in the Air, ‘Greenery Will Bloom Again’, ‘The Music of Silence, ‘Paul, Apostle of Christ, etc.