The 25 year old model Bella hadid who is sister of our lovely and gorgeous Gigi Hadid, recently posted a topless photo of herself and fans were amazed looking at her 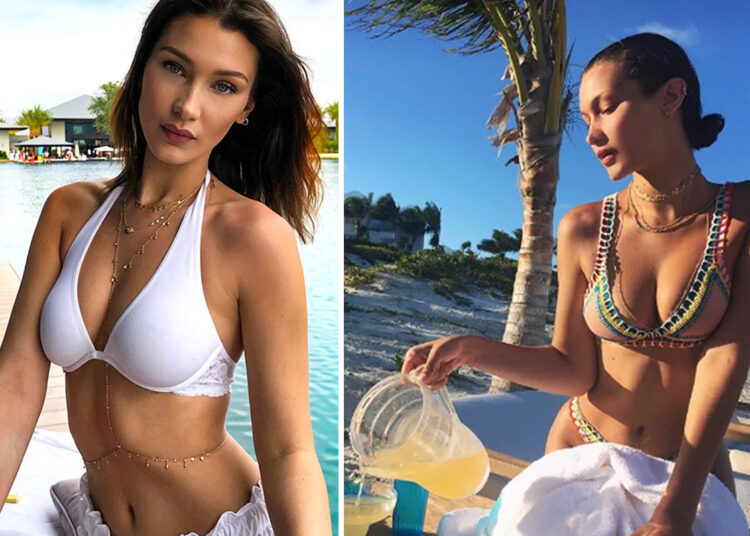 The 25-year-old model Bella Hadid took to the social media platform to share a photo of herself with only her arms covering her chest. The photo was part of a larger collection of photos the star posted, which also included a behind-the-scenes shoot and a bikini beach shot. Her Instagram

bella Hadid’s followers loved the collection. One commented: “Lil butterfly” , “BEAUTY QUEEN”, while another added: “I love you so much Bella.”

Although Hadid may seem more confident than ever, she opened up to Vogue in April about the insecurities she felt earlier before starting her modeling career.

Bella Hadid was the uglier sister. I was the brunette. I wasn’t as cool as Gigi, not as outgoing,” she said. “That’s what people really said about me. And unfortunately, when things are told to you so many times, you just believe it. I always ask myself, how did a girl with incredible insecurities, anxiety, depression, body shape issues, eating habits, who hates being touched, who has antisocial personality , what did I do to get into this business? But over the years I have become a good actress. I put on a very smiley face or a very strong face. I always felt like I had something to prove.”

Aside from modeling, Hadid recently explored other aspects of her career and shared them with her followers on social media. It is a brand partner of Kin Euphorics, a soft drink made from adaptogenic herbs that purports to be an alternative to booze. Earlier this week, she posted a photo of herself surrounded by the brand’s canned drinks and captioned it: “Our little babies.”

Bella Hadid, who has long been open about her mental health issues, told InStyle earlier this year that she switched to the drink in 2019 to avoid the health risks of drinking.

“I drink it when I have crippling anxiety and can’t leave my house, or when I’m not going to drink alcohol but still want to relax and be able to talk to people and socialize,” she told the magazine. “It won’t slap you on the ass for 15 hours of sleep, but it really calms your brain, your nervous system, and those late-night thoughts. I drink it before bed and I sleep like a baby.”