Demi Lovato a popular artist lives a life that is quite different from many but her talent is undeniably amazing. 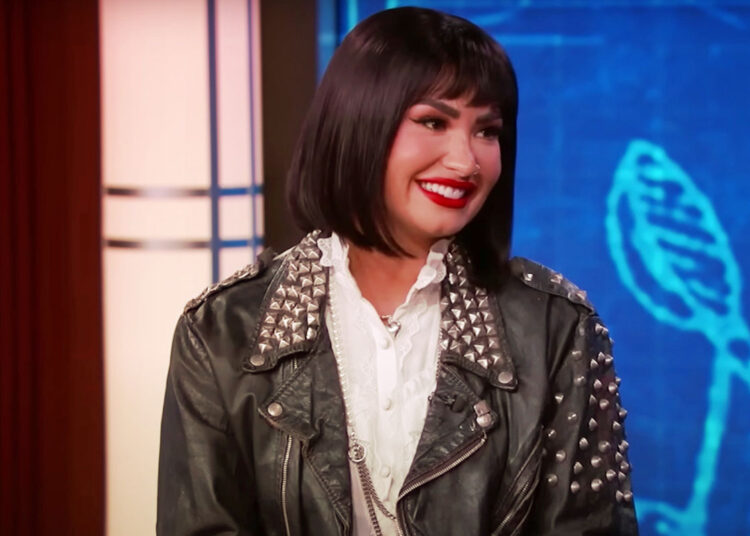 Demi Lovato is one of the most popular personalities in the world, a multi talented personality who is a singer, songwriter, and actor, Demi always remains in news for some reason or other but mostly due to controversies.

Demi has a huge fan following and whatever she does or speak becomes the headlines, the 29 year old has crazy number of 137 million followers on Instagram.

It was earlier announced that Demi will appear on Jimmy Kimmel Live show but an incident happened and we thought that she won’t be coming to the show, the reason was that Demi recently posted a video on her Tiktok account where she shared her face that can be seen having cuts and bruises, she captioned the post with some metaphors and added a background music with They’re Gonna Know.

But to everyone’s surprise Demi came to the show on the scheduled day and the most surprising thing was that earlier in the day she also released her new single titled “Substance”.

What more Demi Lovato Speaks about on The Jimmy Kimmel Show.

During the live show, Demi was asked about what caused her the injury and she explained that she was trying to to pick something up from the floor and in the process she banged her head on amethyst and that was caused the cut and she even had to get few stiches.

Demi really enjoyed the show and had quite a fun conversation with the guest host Mark Robe who was formerly an engineer in NASA, they talked about encounter with aliens, meditation in a desert and life beyond the universe.

Talking about her attire, Demi was dressed up in an all black outfit which had black trouser white tshirt and on top of that a black leather jacket packed up with silver chain all over it which gave her a complete and funky look.