Locke and Key Season 3 is returning for the last time. 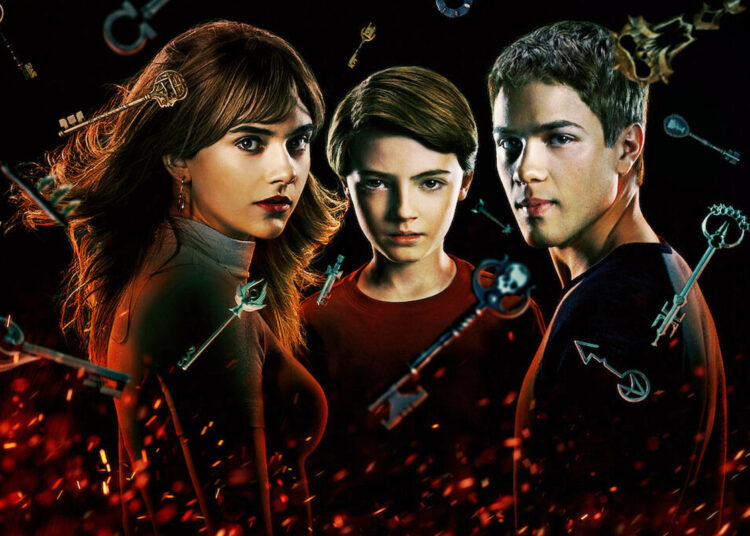 Locke and Key Season 3 Updates: Locke & Key, a Netflix original series that combines elements of drama, fantasy, and horror, impressed viewers and critics alike when it premiered in 2020, and many people believe that it improved even further in its second season.

It may have taken a while for Locke & Key, the series based on Joe Hill and Gabriel Rodriguez’s iconic comic books, to find a home; moving from a film adaptation to getting sold as a series at Fox and Hulu before arriving at Netflix; nonetheless, the show has managed to become a guaranteed hit on the streaming service.

The series, which was created by showrunners Carlton Cuse and Meredith Averill, follows the Locke family, who, after their father is found dead in a suspicious manner, relocates to their ancestral home, Keyhouse, where they find a set of magical keys.

This series unlocks everything that makes binge-worthy coming-of-age paranormal dramas so compelling to watch in one sitting. Despite this, there are still a significant number of mysteries to solve regarding Keyhouse.

The conclusion of the second season really positioned us for a lot more action to come. So, in anticipation, here is all the information we currently have on the new season.

On August 10, 2022, the third season of Locke & Key will begin released on televisions around the world. The fantasy story will end after these episodes, as this will be the last season of the show. So, guys, enjoy these episodes to the fullest while you can

The very first photographs hinted that there would be a lot of problems in the episodes to come, and one of these photos shows the Locke family taking a defensive position as if they are getting ready for a fight.

The series’ filming was finished back in September 2021. This was later validated by author Joe Hill, who confirmed it on his Twitter account.

Although Locke & Key is based on a comic book series, the show’s story has substantially departed from the comics, making it difficult to predict what will happen in season 3.

What we do know for certain is that there will be a lot of exciting moments throughout. Meredith Averill explained to Collider in a conversation: “The family is given significantly more attention in the third season.

They will have to deal with the biggest peril they have yet to encounter. They are truly united by that in a level that has never been seen before.”

That statement doesn’t reveal too much, but given that Captain Frederick Gideon was hinted at as a potential threat at the close of season 2, we anticipate him to be a greater foe than Dodge.

Additionally, given that Nina used the Memory Key to recover her forgotten memories in season 2, we anticipate significant changes and evolution in the family dynamic in the future season.

There might be some serious consequences to that. Tyler, who was still in shock by Jackie Veda’s passing, chose to do the opposite. He’s getting close to turning 18. Thus it makes sense that we might anticipate him losing his magic-using abilities.

For season 3, all of the main cast members will be back. We can anticipate some seamless continuity between the seasons since filming actually started in early 2021, shortly after season 2 ended.

The returning cast members seem to be:

As part of Geeked Week, which began on June 6, 2022, Netflix released the trailer for the third season of Locke & Key. Below is a link to watch it:

Where Can You Watch?

The Netflix streaming service is the only place where Locke & Key may be seen because it is a Netflix original. The entire season will be accessible beginning on August 10th, 2022.

Will Locke & Key Return For A Fourth Season?

Sadly, Locke & Key’s third season will be its last. But that doesn’t mean the series was canceled; the producers had always intended for it to run for three seasons, so we can expect a satisfying conclusion with no loose ends.

Carlton Cuse and Meredith Averill, the show’s executive producers, and co-showrunners, said in a statement that they felt three seasons was the perfect length to wrap up the Locke family’s adventures at Keyhouse satisfactorily.

The team is thankful that they were given the opportunity to share the remarkable story of Joe Hill and Gabriel Rodriguez in exactly the way that they desired to do so since it allows them to fulfill their role as storytellers.