Bridgerton Seasons 3 and 4: New Season of the Series and Its Cast Members

Who will we see in the upcoming seasons of the popular series and where have we seen them before? 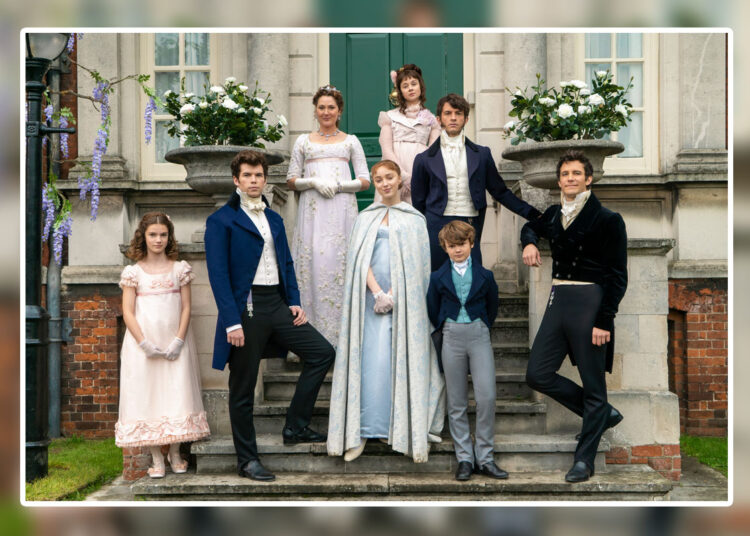 Bridgerton Seasons 3 and 4 Update: Without any doubt, ‘Bridgerton’ can be said to be one of the most popular tv series of recent times. The romantic series filled with lavish elegant decorations and style and royalty everywhere has very quickly won the heart of millions of fans.

Based on the novel collection of Julia Quinn, Chris Van has created this American historical romance series that is set in the Regency era of London. The plot revolves around the Bridgerton family as the marriageable siblings of that powerful and noble family as they set on their journey of finding love.

The first season released on December 25, 2020, focused upon the love story of the eldest Bridgerton daughter Daphne and the Duke of Hastings, Simon Basset.

The second season which aired on March 25, 2022, revolved around the love story of the eldest son of the Bridgerton family Anthony, and a spinster who arrived from India named Kate. In the original novels of Quinn, at first, the story of Daphne is told before the stories of the other siblings in an alphabetical manner. If this chronology is followed, the third season will focus on Benedict Bridgerton.

In the role of Benedict, we have seen Luke Thompson in the first two seasons of the series who is expected to reprise the role in the future seasons too. Other primary cast members of the series include Adjoa Andoh, Jonathan Bailey, Nicola Coughlan, Phoebe Dynevor, Ruth Gemmell, Claudia Jessie, Simone Ashley, Luke Newton, Regé-Jean Page, Hannah Dodd, etc. The series was renewed for a third and fourth season in April of 2021. The third season will hopefully arrive in the Spring or Summer of 2023.

Thompson studied at the University of Bristol Royal Academy of Dramatic Art and began acting professionally through the role of Lysander in the stage play ‘A Midsummer Night’s Dream’ in 2013 that was staged in Globe Theatre. Her other stage plays are ‘Blue Stockings’, ‘Julius Caesar’, ‘The Broken Heart’, ‘Oresteia’, ‘Hamlet’, ‘King Lear’ etc.

Thompson’s on-screen acting includes the main role of Simon in the British drama series ‘In the Club’ from 2014 to 2016. Her other series include ‘The Suspicions of Mr. Whicher’, ‘Kiss Me First’ etc.

Bridgerton Seasons 3 and 4- Lady Danbury played by Adjoa Andoh:
Lady Dunbury is the fan-favorite sharp-tongued doyenne who is full of insight. Playing the role of Lady Dunbury we have found British actress Adjoa Andoh in the first two seasons. Andoh is an experienced theatre actress who has acted in lead roles with National Theatre, Royal Shakespeare Company, Royal Court Theatre, and Almeida Theatre. The films in which she acted include ‘The Shadow in the North, ‘Adulthood’, ‘Invictus’, ‘Brotherhood’, ‘Fractured’ etc. She appeared in tv series such as ‘Casualty’, ‘Missing’, ‘Law & Order: UK’, ‘Thunderbirds Are Go’ etc.

Daphne Basset played by Phoebe Dynevor:
The main protagonist of the first season Daphne who is now the Duchess of Hastings has been played by English actress Phoebe Dynevor.

She will also be seen acting in the upcoming musical fantasy movie ‘The Little Mermaid arriving in 2023. Apart from starring in ‘Sex Education’, Sharma appeared in other tv series like ‘Wolfblood’, ‘Guilt’, ‘Broadchurch’, ‘Strike’, ‘L’ispettore Coliandro’, ‘Doctors’, ‘Casualty’, ‘The Sister’ etc.

Anthony played by Jonathan Bailey:
The role of the eldest Bridgerton son and the main character of season two of the 5-3 series is played by English actor Jonathan Bailey. Bailey has starred in films such as ‘Five Children and It’, ‘Permanent Vacation, ‘St Trinian’s, ‘Testament of Youth’, ‘The Young Messiah’, ‘The Mercy’ etc.