Kylie Jenner showed off her talent of making sandwich for her bae Travis! 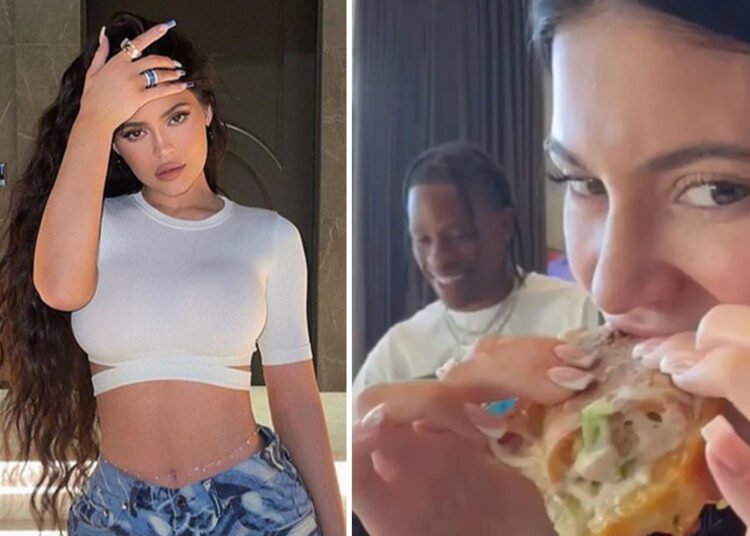 There are a lot of celebrities in Hollywood who are known for their profession but at the same time, their extra activities help them get some attention. Among them is the model and reality star Kylie Jenner.

It was recently when Kylie Jenner has shown off her skills in making a sandwich while preparing it for her partner Travis Scott. The 24-year-old put all these things on her Instagram story on July 6. She kept the caption very open and said ” Bae said I want a sandwich” and that’s how she made a very tasty lunch for him.

The couple together has two children in which the first one is a daughter who is 4 years old. The second one is a son who is just some months old. Kylie Jenner has also shared some more pictures related to sandwich making. She has shared the counter of sandwich making in which we can see some bread with extra stuff and called it beautiful.

She has shown some varieties of fresh ingredients which she uses for making a sandwich. The counter was filled with pickles, bread, cheese, mustard, and onions. She has a caption that has “omg and mine” with a face emoji.

According to some sources, the relationship between Kylie Jenner and Travis is going very strong after the birth of a baby boy. They together were spotted at the Billboard music awards 2022 and made a very rare appearance.