Where have the cast members of new Netflix series 'Keep Breathing' been seen before? 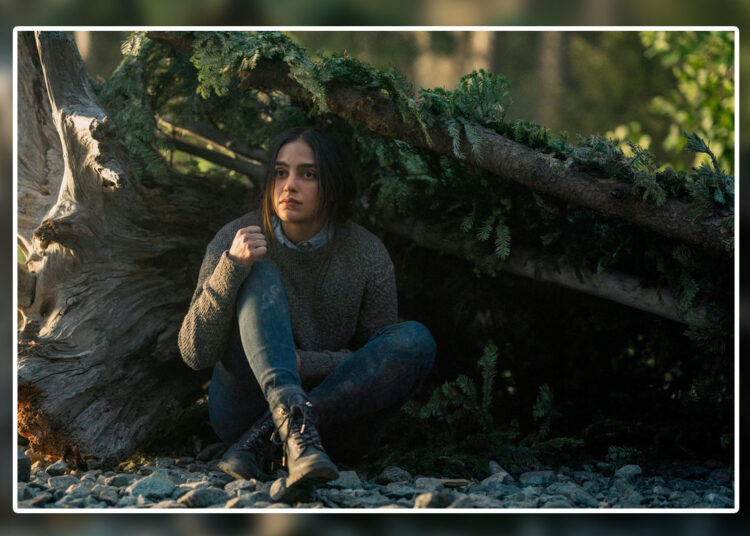 Keep Breathing Update: Martin Gero and Brendan Gall have created the upcoming series ‘Keep Breathing’ that is produced by Maggie Kiley along with the two creators. This survival drama is centered around a woman who finds herself alone in the Canadian wilderness after a plane crash.

She has to fight against all odds including the weather to survive. The woman is named Liv who is an attorney. Liv’s love interest and her parents also make their presence.

Melissa Barrera who plays the role of the center character Liv in the series was cast for the movie in June of 2022. Other cast members of the series are Jeff Wilbusch, Florencia Lozano, Juan Pablo Espinosa, Austin Stowell, etc. All of them joined the cast in July of 2021 except Austin Stowell who joined in September. The series is set to release on July 28, 2022.

Melissa’s first tv series acting began with a Mexican telenovela named ‘La mujer de Judas’ in 2012 where she was cast for a recurring role of Zulamita. In 2013 she also acted as the recurring character of Mariana Durán in ‘La Otra cara del alma’.

Then in 2014, she starred in the Mexican telenovela ‘Siempre Tuya Acapulco’ where she acted in the main role of Olvido Pérez in 124 episodes.

The next year she starred in another telenovela ‘Tanto Amor where she was cast in the role of Mía González. From 2018 to 2020 Melissa played the role of Lyn Hernandez in the American drama series ‘Vida’. Other tv series where she starred are ‘Perseguidos’, ‘Club de Cuervos’ and ‘Acting for a Cause’.

Danny played by Jeff Wilbusch:
Danny is Liv’s love interest who shares an on-again and off-again relationship with her. Israeli German actor Jeff Wilbusch portrays the character of Danny in the series. His television acting career began with one episode of a series named ‘Um Himmels Willen’ in 2016. The next year he was cast in the television movie ‘Lockdown: Tödliches Erwachen’.

In 2018 Wilbusch starred in Hulu’s German-Luxembourgish tv series ‘Bad Banks’ where she acted as the main character named Noah Weisz. In 2020 she was cast in the main role in another series ‘Unorthodox’. Wiebusch played the role of Moishe Lefkovitch in that series.

Must Read Control Z Season 3: Update On Release Date &#038; What we know so far

Liv’s Mother played by Florencia Lozano:
In the role of Liv’s mother, we will see Florencia Lozano. The films in which she starred are ‘Bittersweet Place’, ‘Perfect Stranger’, ‘Deception’, ‘2B’, ‘Veronika Decides to Die’, ‘The Ministers, ‘Life of Crime’, ‘Amy Makes Three’ etc.

Lozano’s most significant role was in ‘One Life to Live’ as Téa Delgado. She starred in that series from 1997 to 2013 with a gap of some years in between. She reprised this role in 2012 in the American popular daytime soap opera ‘General Hospital’. In 2016 she was cast in Netflix’s crime drama ‘Narcos’ in the role of Claudia Messina.

In Ken Woodruff’s ‘The Enemy Within’ she starred as Elizabeth Cordova 2019. Her other tv series appearances were in ‘Law & Order: Criminal Intent, ‘The Jury’, ‘Gossip Girl, ‘Lipstick Jungle’, ‘Ugly Betty’, ‘Royal Pains’, ‘Blue Bloods’, ‘The Mysteries of Laura’, ‘The Blacklist’, ‘Kevin Can Wait’, ‘Madam Secretary, etc.

The next year he again got a lead role in a series entitled ‘El Secretario and in ‘Secretos del paraíso’ in 2013. In 2017 he was cast in ‘La Fan’ in the role of Lucas Duarte. The other series in which Espinosa appeared in are ‘A corazón abierto’, ‘Narcos’, ‘Acapulco’ etc.

The upcoming series is going to arrive with six episodes whose titles have not been announced yet.