The season 6 of this teen-drama show might be in-making and will release soon. Till then why not have a look at the other details! 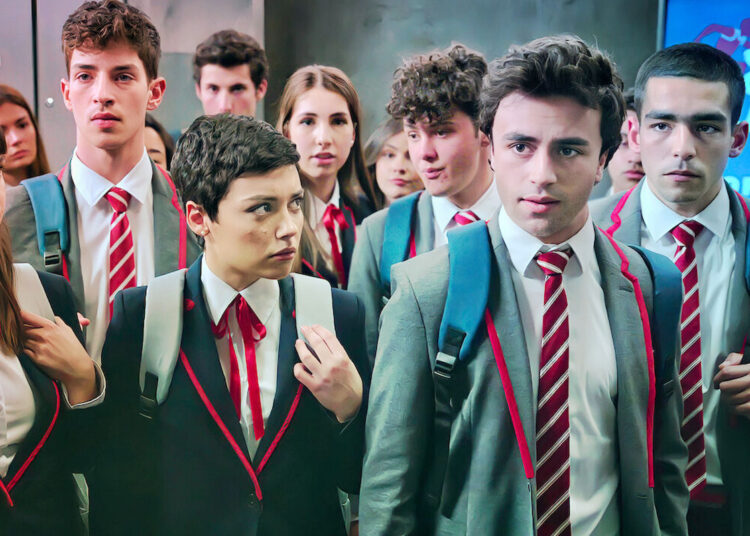 Elite Season 6 Updates: A Spanish series, “Elite” is a teen drama show. The winner of the GLAAD award, the series streams on the Netflix platform. Starring Itzan Escamilla, Miguel Bernardeau, and Danna Paola in the lead, the series has completed streaming five seasons now.

The thriller show now looks forward to releasing a season 6 and we have got all the details.

“Til death does us apart” is what identifies the plot of this series. Having released five seasons, fans now await the release of a season 6. Streaming on Netflix, the first season aired in October 2018 while the latest fifth season made a debut in April 2022.

The good news for the fans is that season 6 of “Elite” is in-making and will be released soon. The show had been renewed for this season in October 2021. The update had come prior to the release of season 4 as well. The release date of season 6 hasn’t been announced yet but we believe it could be here anytime soon.

“Elite” is a teen drama show that premieres on Netflix. Having done 5 seasons, the show introduces a new concept in each season.  Apart from this, each season also makes us acquainted with new cast members. Created by Carlos Montero and Darío Madrona, the series revolves around three working-class teenagers.

After the demolition of their old school, these three kids get enrolled in a high-class school. They get admission to an institution where the elites send their kids.

Coping up with the differences in lifestyle, dealing with envy and greed and so much more, the show is a hit or miss. If you are a teenager you might find most of the instances relatable. However, this is not all that the series has to offer. Following all this, a murder takes place and the culprit has to be found.

The above given are the names of actors who have been in the series for more than three seasons. With each passing season, a couple of new characters are introduced to spice up and add more elements to the series.

“Elite” is a Spain-based thriller series that has completed the premiering five seasons now. Adding to this, a season 6 is also in making. Since the release date of season 6 is not out, let us have a look at the dates of previous seasons and try to analyze them.

The release date of season 6 is not confirmed yet but we expect it to come by 2023. Till then have a look at other Spanish series airing on Netflix.

Elite Season 6: When It Is Releasing And What Are The Casts!