If you are looking for a device with great display and performance. 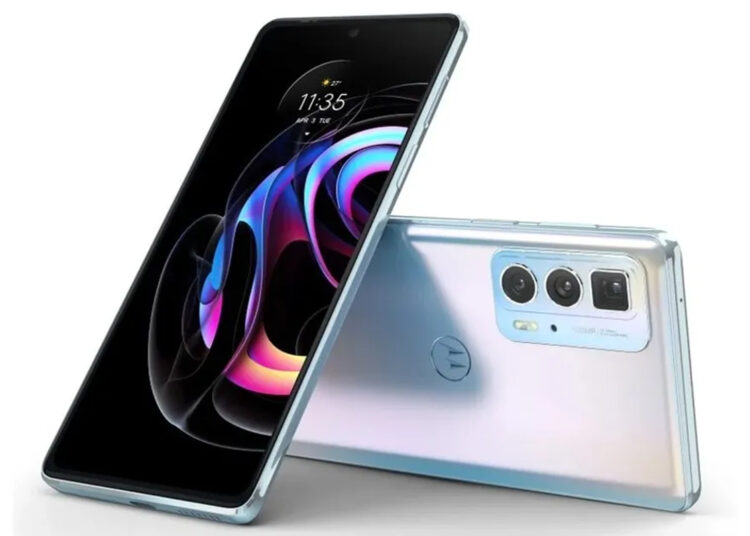 Moto Edge 20 is the successor of Moto Edge, which was known for its premium design and curved display. Now the redesigned Moto Edge 20 has a more pronounced design and Moto has lately improved some of the bugs and flaws which were there the first-generation Edge. But can it still be recommended in 2022?

Great and minimal design: Moto Edge 20 has a very minimal listing design. The back panel is made up of plastic but has a matt finish and the sides are squared off. Although the phone’s back panel looks subtle. It has a bumpy camera module on the top left.

Take a brief toward the sides which have been redesigned with flat and curved edges. The right side has a power button that has fingerprint authentication. Above it, there is a volume controller. It has a dual card sim tray at the bottom and a dedicated Google Assistant button on the left. The phone has a water-repellent design, although Moto hasn’t claimed any IP certification.

Diligent Display: The huge 6.7-inch display, with an OLED panel with 1 billion colors and a smooth 144 Hz Refresh Rate is offered on Moto Edge 20. It is more like a gaming smartphone display. Although the resolution of the display is 1080 X 2400 pixels.

The front display has Corning Gorilla Glass 3 protection. It has a great 89% screen-to-body ratio with thin bezels and chin.

Peak Performance with Specifications: The Moto Edge 20 has equipped with Qualcomm Snapdragon 778G 5G processor which is based on 6nm. It is a power-efficient processor and provides great performance to the device. As the phone has a stock Android 11 interface with no bloatware and AD, the phone performs stupendously. It has an Android 12 upgrade too on offer.

Camera: It has a triple camera setup with 108MP primary camera along with a 16MP ultra-wide and 8MP telephoto lens.

Battery: Moto Edge 20 has a day-long, 4000mAh battery, which can be fast-charged by a 30W charger out of the box. Since it has a clean UI and Stock Android, so the phone optimally gives better battery backup.

Connectivity: There are all types of sensors including a side-mounted fingerprint reader. The phone has Wi-Fi 6e support along with Bluetooth 5.2. The phone also supports NFC. The phone supports 5G with 11 bands which makes it more profitable to use in 2022.

Final Verdict: Moto Edge 20 is available in three color options, Frosted Grey, Frosted White, and Frosted Emerald. It is a great device but has the major drawback of battery backup. Else the phone is still recommendable to buy in 2022.