Chrissy’s Court Season 2: Every Update That You Should Know 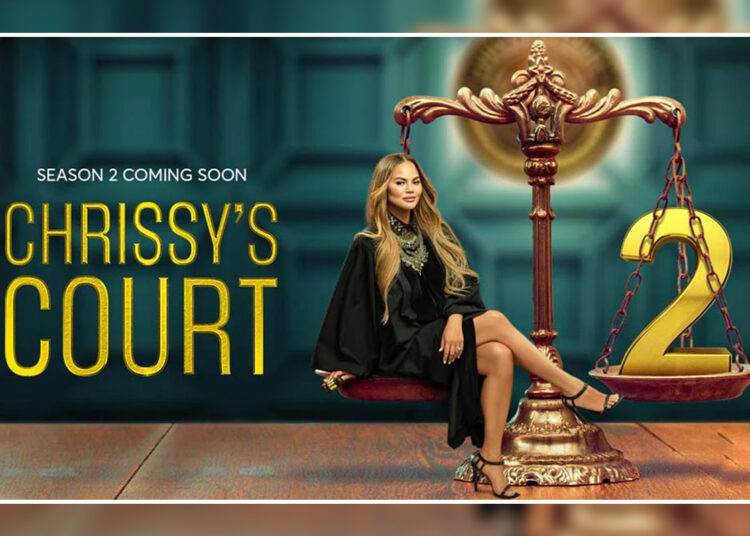 Chrissy’s Court Season 2 Update: American arbitration shows are always on the top for their strict reality court judgments. Solving real-life drama of people by experienced qualified judges not only gives a hype of great shows but also gives stress on the audience for the judgment of an individual. To relax the hyperness of strict judgment, Chrissy’s court is the best way to go.

Chrissy’s court is an American show where Teigen gets the role of a judge with no law experience, whatsoever presiding over real minute cases. It’s a comedic arbitration-based court show, which means that the show does not practice serious judgment but is legally binding, which really makes it interesting.

The show also starts with her mother (Vilailuck “Pepper Thai ” Teigen) being a bailiff and the premise for the most part is Chrissy handling small claims cases. The show is a farce in the court show genre where Chrissy uses her best judgment to rule over some cases.

She herself is like the whole court, it’s nice and fun in every act of her judgment. It’s a cute show and also silly, cheesy to watch, and also entertains you in your leisure time.

On April 6, 2020, Season 1 of the series was telecasted on Quibi. For season 2, the makers have confirmed the renewal of the series by announcing the premiere of the show on Friday 17th June 2022 only on Roku Channel.

With the second season, the series is back with its funnier version like a parody of a court show. It is only for fun entertainment purposes and they are only about 12 to 15 minutes, which looks interesting and mostly going for humor because it’s not at all serious. Overall it is based on real cases of a twist and a Hollywood actress turned into a judge to make people laugh, in an amicable way.

Chrissy Teigen Has Shared Her Selfie With No Clothes ON!

Michael Costello Said It Is Now Okay Between Him And Chrissy Teigen!

Chrissy Teigen Shares Eyebrow Transplant Results- Before and After