iPhone 13 has a major upgrades on Camera, Display and Battery.

by Raaggee Singh
Reading Time: 4 mins read
A A
2 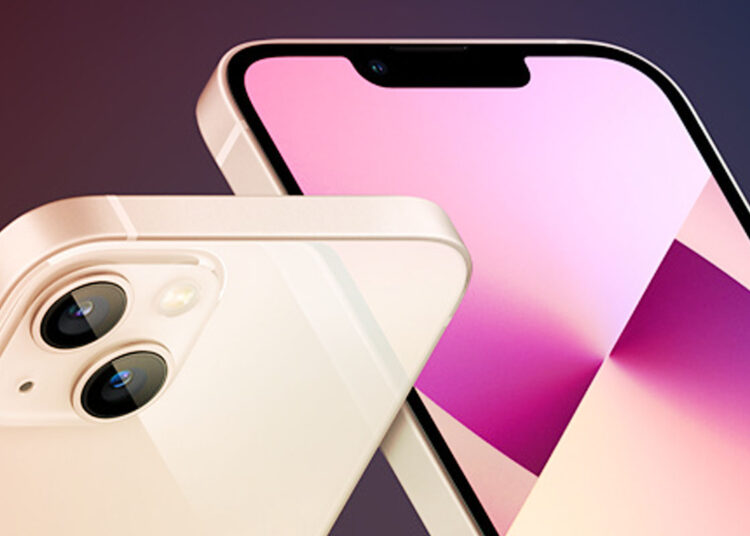 They have majorly improved the cameras, battery, and screen of the iPhone 13. This device has top-of-the-line features, including security updates, which makes this device a great deal.

Apple released 4 iPhones which include:

These all have improved various features. Here we should be discussing the standard iPhone lineup.

Design: iPhone 13 lineup is almost identical to iPhone 12. It has a similar aluminum frame with a matt finish. The back has a glass panel with a camera module on the top left. The camera module on iPhone 13 is diagonal to fit the ultrawide sensor. The right side has a power button.

The left has a volume control with an alert slider. The bottom of the iPhone 13 has a lightning cable, a microphone, and a speaker grill. The exterior design of the iPhone 13 is similar to iPhone 12 with these minor changes.

Display: Apple iPhone 13 has a Super Retina XDR Display which is a major improvement. It is a 6.1 inches OLED Display which supports Dolby Vision and HDR10. The display bezels are thinner. The notch has been redesigned.

It is slimmer to increase to screen-to-body ratio, due to which the speaker grill has been shifted to the top and relocating the FaceID mechanism. It is a more saturated and vibrant display with smooth and intuitive use. But the refresh rate is still not improved from 60 Hz. iPhone 13’s display is 1200 nits. It is scratch-resistant ceramic glass with an oleophobic coating and supports true tone.

Camera: Another major improvement of the iPhone 13 is the diagonal camera setup. It is a dual-camera setup with a 12MP primary camera with sensor-shift OIS and a 12MP ultra-wide camera with 120-degree FOV.

The camera of the iPhone 13 is top of the class, with very natural and contrasting pictures.

A new Cinematic mode has been introduced, which is still under development. It uses the software to shoot cinematographic videos.

Specification: Internally there have been huge improvements. iPhone 13 comes with an A15 Bionic chip, which is 5nm based. It is the most powerful chipset which is integrated seamlessly into any smartphone. It is excellently optimized with iOS 15. It is a Hexa-Core CPU with a 4-Core Apple GPU.

The A15 enhances the iPhone performance in various dimensions. It improves the camera, UI, and security. It is the fastest and most secure processor yet. iPhone 13 is available in 3 variants:

There is no expandable card slot and the storage type is NVMe.

Battery: iPhone 13 has a 3240mAh battery capacity. It has increased significantly from previous iPhones. iPhone 13 can give screen time of 6-7 hours a day, thanks to an optimized processor and UI. It supports a 25W fast charger and 15W charging wirelessly.

Communication: iPhone 13 has all types of sensors, including Face ID. It has dual-band Wi-Fi, with Wi-Fi 6, along with Bluetooth 5.0 and NFC. It has 5G support too.

Is it worth it?

If you are either shifting to a new iPhone after 2-3 years or buying it for the first time, then you should go for it. Because it is just a mid-update of the iPhone 12.