Nicole Kidman begged everyone to let her weak a mini skirt for the cover of Vanity Fair and to break the norm. 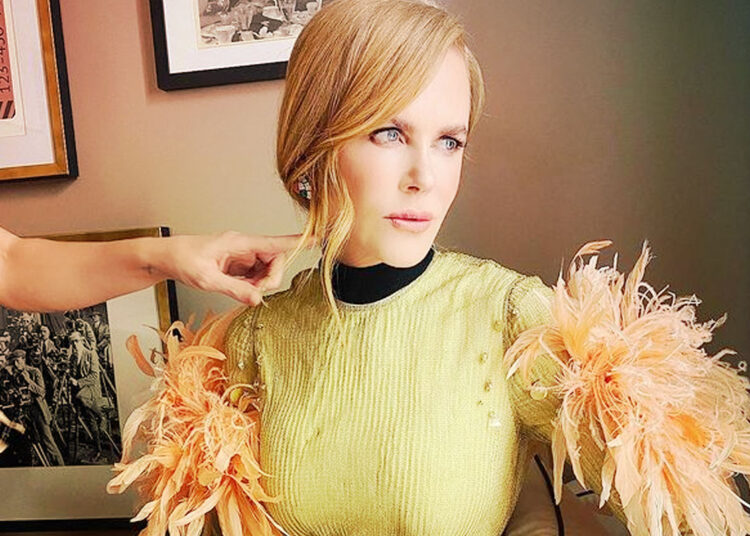 Nicole Kidman was born on 20th June 1967 in Honolulu, Hawaii. She is an actress and has worked in various movies and Television shows. She has won various awards including an Academy Award, Primetime Emmy award, and many more. She was one of the top-paid actresses continuously for many years.

She started her career as an actress in the action thriller Dead Calm which was released in 1989. Her first commercial success movie was Days of Thunder released in 1990. She has been a part of various movies like Eyes Wide Shut, Moulin Rouge, The Hours, Dogville, Birth, Australia, and many more.

Recently she was seen in the movie Being the Ricardos released in the year 2021. Soon she will be seen in the DC movie Aquaman and the Lost Kingdom which will be released next year.

Recently she was seen on the cover of the famous magazine Vanity Fair. She was seen wearing a mini skirt and she was looking stunning. She revealed that it was her idea to wear the mini skirt for the photoshoot and she begged everyone to let her wear it, the skirt was designed by Miu Miu. The picture was published in February 2022.

While in an interview along with Baz Luhrmann, she stated that it was her idea to wear the controversial outfit, she decided to wear the outfit to overcome the difficulty of aging women. She was praised for her choice of wearing the controversial dress and for breaking the norms about senior artists.

The photoshoot was done to promote the biopic of Lucille Ball. She was clicked wearing a black mini skirt and standing at the entrance of some garden. She was wearing minimal makeup with red lipstick.

Many people trolled her but she did not let those criticism degrade her confidence.