Tristan Thompson Said To His Ex Khloe Kardashian That She Is Not Going To Leave!

In the latest episodes of The Kardashians, Tristan Thompson said to Khloe that she is not going to leave him! 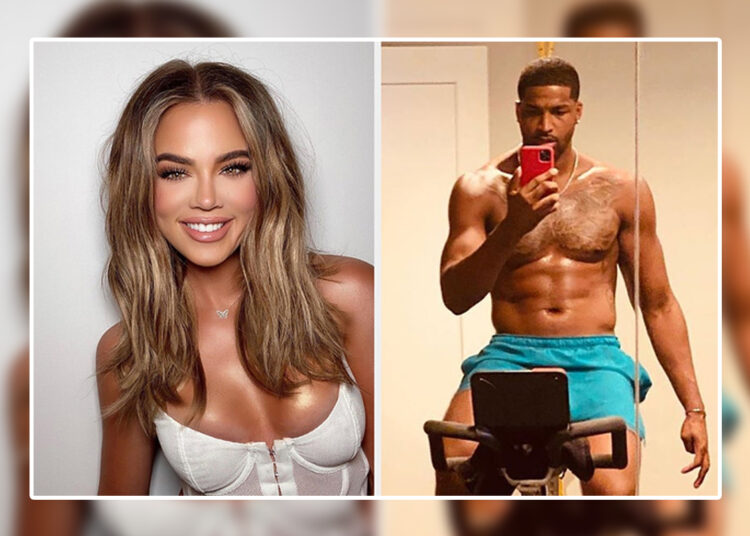 0
SHARES
189
VIEWS
Share on FacebookShare on TwitterShare on WhatsApp

Tristan Thompson Update: The life of celebrities especially in that Hollywood is not as easy as we can ever think. Talking about their daily life and also their working life then somehow their personal life get involved in it.

If we talk about getting personal life involved in professional or making personal life a little bit like that of a public thing then there is a show called The Kardashian which deals with it.

It is a bit awkward to know that the new episode deals with a lot of things that involve their personal life to the extent. In the series, we have seen that the ex-boyfriend of Khloe Kardashian that is Tristan Thompson is being overconfident.

Tristan Thompson Said To His Ex Khloe That She Is Not Going To Leave!

He was being overconfidently related to his relationship with Khloe Kardashian. In the clip that was shared by Kim Kardashian on her Instagram, we can see a little gossip that happened between this couple.

In reply to it, the NBA player said it seems like you are never going to leave me. In the video, we can see that Khloe Kardashian was not ready for this answer, and then in reply to it, she just laugh and said: “oh ok”.

These conversations happened before the declaration of him being the father of a child from his affair with the woman. At that time the couple was in a place where they were trusting each other even though their relationship was not going well. They were even planning to have another child through surrogacy.

The couple is now got separated from each other but they are doing quite well as the parent of their daughter True. When the child confirmation thing happened then it was totally sure that he has cheated on Khloe Kardashian.

According to the executive producer of the show that is Danielle King, when the news broke then he was there with her while she was shooting something for the series. She broke her silence and was sad to say that he is a great father and also a great person but at the same time, he is not a great man for her.

Tristan Thompson Shared Picture Of His Son Prince And His Daughter True, Called True As His Number One Pick!

Khloe Kardashian Rocks Tight Black Bodysuit & Jeans As She Picks Up Daughter True, From A Playdate.

Khloe Kardashian Seen With True, 3 In First Photographs As of Tristan Thompson’s Forgiveness

Tristan Thompson About to Pay $40k to $34k Per Month For Child Support To Maralee!

Tristan Thompson Publicly Apologies To Khloe Kardashian And Confirm Being The Father Of Maralee Nichols’ Son!