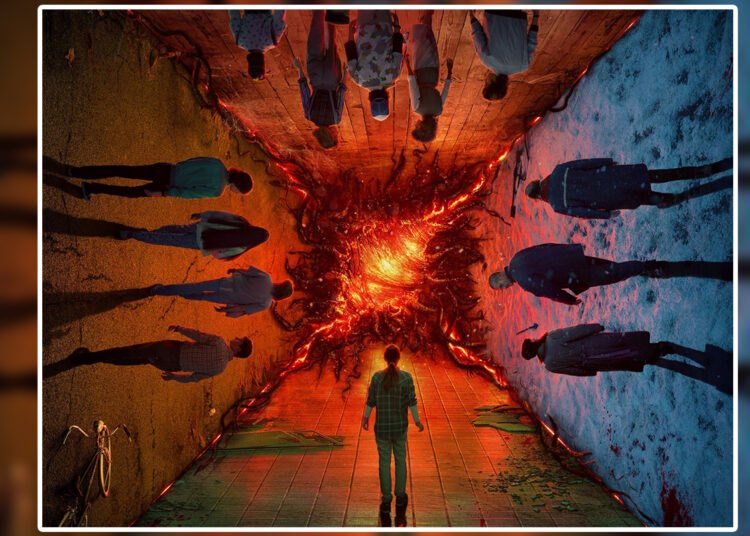 Stranger Things Season 4  Updates: And the wait is finally over!! The fourth season of Stranger Things is just around the corner and we can’t calm too. First released in 2016, the show has completed three successful seasons and is here with its penultimate season. To be aired on 27th May this year, the fourth season will have a a total of 9 episodes.

A sci-fi horror teen drama series, it will be streamed on Netflix globally.  Created by The Duffer Brothers, the series is amusing as well as exciting. Containing concepts of supernatural powers, strange experiments and extraordinary mysteries, the show will take you on a terrifying ride. So tie up your seat belts as the season 4 is not as far.

Overview of the Forth Coming Season 4

The fourth season of Stranger Things will air on the streaming platform Netflix this year. To have a total of 9 episodes, the series is expected to be very exciting and thrilling. The first seven(7) episodes will be released on 27th May, 2022 while the other two on 1st July.

Stranger Things Season 4: Everything about the Creators

Directed and written by The Duffer Brothers, “Stranger Things” is back to amaze its audience with its season 4. The first three seasons have already been a super-hit and now the penultimate season will be a blast too. It is produced by production companies 21 Laps Entertainment and Monkey Massacre. The worldwide distributor of “Stranger Things” is Netflix and the picture format is 4K (Ultra HD).

The cast of this series is as exceptional as its story. It is seen starring :

and more. Each actor starring in this show has contributed immensely to its running.

About the Previous Seasons and Storyline

The show “Stranger Things” will have a total of five seasons, The first three seasons have already been released, the fourth will air this year and the dates of the last season are yet to be declared. The first season was launched in July, 2016 and had a total of 8 episodes. Following this, the next season got released in the very next year, i.e in 2017. Both the seasons gained huge appreciation from the critics as well as viewers. With each fan wanting to see more of it, the makers renewed “Stranger Things” for a thrid season and it was streamed in July, 2019. Coming back to 2022, the  fourth season will be out in the next few days and we are sure it will be as amazing too.

Netflix provides the synopsis of the show as, “When a young boy vanishes, a small town uncovers a mystery involving secret experiments, terrifying supernatural forces and one strange little girl.”

“Stranger Things” has further gained various accolades and nominations globally. To be aired on Netflix on 27th May, 2022, be sure to have some snacks right by your corner as it will keep you glued.