Most of the specifications of OnePlus 10R, matches with the Realme GT Neo 3. 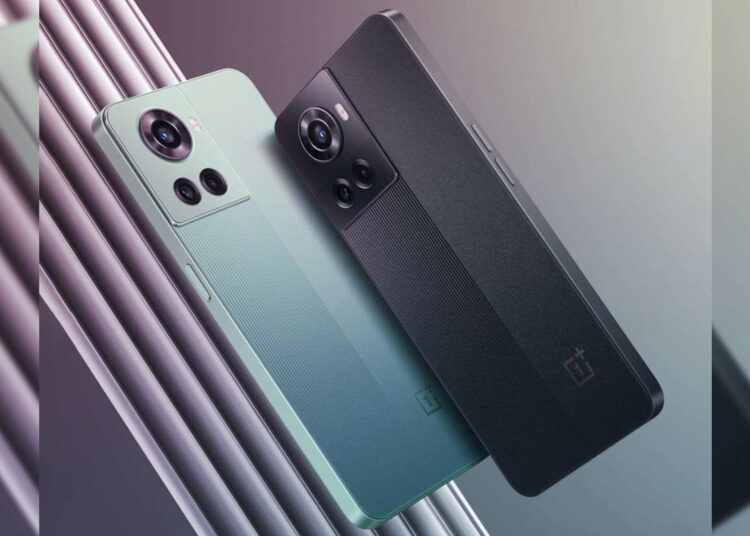 Design: OnePlus 10R looks cheap. Yes, it has a plastic frame and plastic back panel. Generally, we see OnePlus smartphones with Metallic frames which makes the device look premium. The device might be light, but it isn’t as premium as the OnePlus 9R. If you compare past OnePlus devices with the 10R, the Old ones feel more premium. The right side of the device has a power button and the left side has a volume controller. Yes, there is no alert slider. The alert slider was a premium touch which made the OnePlus unique from other devices. The bottom of the device has a USB-C charging port, along with a sim tray and speaker grill.

Display: The OnePlus 10R comes up with a 6.7 inches FHD+ AMOLED display with a 120Hz Refresh Rate and a Touch Response Rate of 360Hz. It does have Gorilla Glass 5 protection along with HDR 10+, which makes the colors more enhanced on this display. The display does have a punch-hole camera and it has a thin chin and bezels. The display of the device is very similar to other flagship devices and feels premium. The gaming experience would be great with a 360Hz touch sampling rate and would feel a lot smoother. The display has a peak brightness of 1000 nits too.

Specifications: OnePlus 10R comes with a MediaTek Dimensity 8100MAX processor. There is no difference between the Density 8100MAX and the normal Density of 8100. Even if you compare 10R’s benchmark scores, they are less compared to the normal 8100. It means that it is not optimized well. The process is tuned with different specifications. The one with 8GB RAM + 128GB ROM has an 80W fast charger and 5000mAh battery capacity. Other with 12GB RAM + 256GB ROM with 80W fast charger and 5000mAh battery capacity or 150W fast charge with 4500mAh battery.

Performance: The processor is not that optimized with the OS, which makes the performance a little bit grainy. Although for regular usage, you won’t be disappointed at all. The OS on the device is OxygenOS 12.1, based on Android 12. It is almost similar to the ColorOS which you see on Realme and Oppo devices.

Connectivity: OnePlus 10R is equipped with all types of sensors. It supports 5G with 9 bands, along with Wi-Fi 6, Bluetooth 5.3, Dual 4G VoLTE and has Wi-Fi calling.

Camera Setup: The phone comes with a triple camera setup. The primary camera has a resolution of 50MP. The primary camera has a Sony IMX766 sensor. It also has an ultra-wide camera with 8MP and a 2MP macro lens. It also has a selfie camera with a 16MP camera. The whole setup is almost similar to Realme GT Neo 3. But at this price point, the 10R should have a 16MP ultra-wide. Even in videography, it supports 4K 30FPS.

Conclusion: OnePlus 10R is almost like the Realme GT Neo 3, but with a different body design and a little degraded performance than the GT Neo 3 (benchmark scores of Realme GT Neo 3 are higher). But it has a few pros too, like no bloatware or AD wares, a clean UI interface along with a better display. If OnePlus optimizes the performance then, the device would get a huge improvement.