All You Need To Know About Maldivas season 1 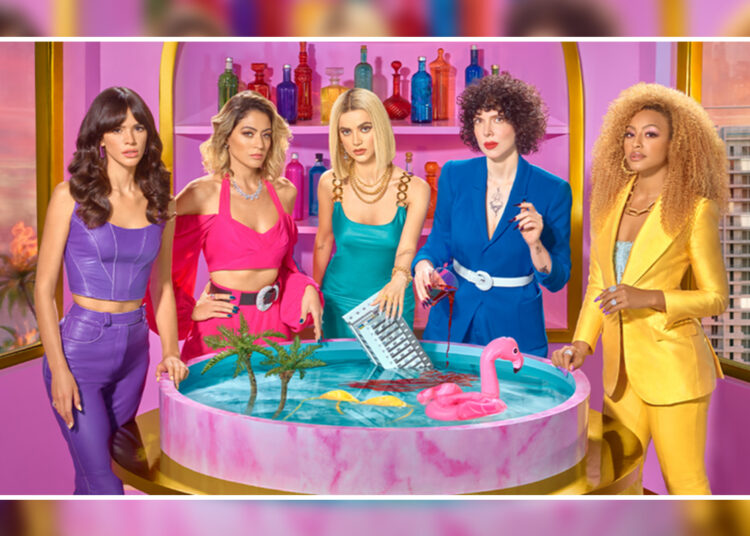 Maldivas Season 1 Update: Netflix has a whole bunch of series coming up for the first time this summer. Well, among those we have the one titled the Maldivas which is an original series beginning its journey this summer. In case you can’t guess anything about this series with its mere title then here we are to help you unfold about it. So, what exactly is Maldivas all about?

Read ahead to know more about Maldivas season 1 and its other details.

Being a Brazilian dramedy originally coming on Netflix. We have its very first journey to begin this summer. With a whole new storyline, we will have this drama arriving this June on the network. In fact, you can have the series with its first season come on 15th June at 12:00 am PT/ 3:00 am ET.

However, as far as the number of episodes for the first season is concerned then we don’t know how many episodes are to drop this time. Yet, some speculation around it says that it might have seven-episode coming up. Meanwhile, you can check out the other details on the series Maldivas coming up on Netflix with season 1.

Arriving this summer, we know the series is to bring Bruna Marquezine as Liz. Joining Bruna would be Natalia Klein as Veronica. Carol Castro is to play the role of Kat. Manu Gavassi arriving as Milene. Kleber Toledo as Victor Hugo. Sheron Menezzes as Rayssa.

Joining all these stars we would also have Guilherme Winter as Gustavo. Ricky Tavares as Miguel. Others joining would be Venessa Gerbelli as Estela. Enzo Romani coming up as Denilson. Lastly, we’ll have Samuel Melo coming as Caua. Not to forget, we have the creator of the show Natalia Klein who’s also playing a role in the series this time.

Plot for the Maldivas Season 1

We have a series with a unique storyline about a woman Liz who goes to Rio De Janeiro. Her journey is planned to take her to meet her mother but then it’s the search for the reason for her mother’s mysterious death. Her visit to the condo in Rio brings her to encounter some struggles and questions on the way.

However, the situation is tough for Liz as she has to hide from Denilson who plays the investigator in the series. On the search though, she meets a number of other people who are again bringing different colors with their character for the storyline. Yes, we do have fiancé of Liz in the scene too. But wait for the series to unfold a bit more clearly on its release.

Is there any trailer out?

Well yes, we do have an amazing trailer out for Maldivas season 1 on Netflix. However, the beginning of the series’ trailer shows some glamorous women having a chill. While Liz is going to find out about her mom in the condo.

But yes, before that she gets to know that she is dead. While Liz in the trailer is crying over the situation. The investigation can be seen by everyone asking who was closest to Patricia. Certainly to find out the death mystery we’ll have to watch the series on its arrival.