with Ricky Grevais Supernature being released on Netflix, here is everything that you have been wishing to know 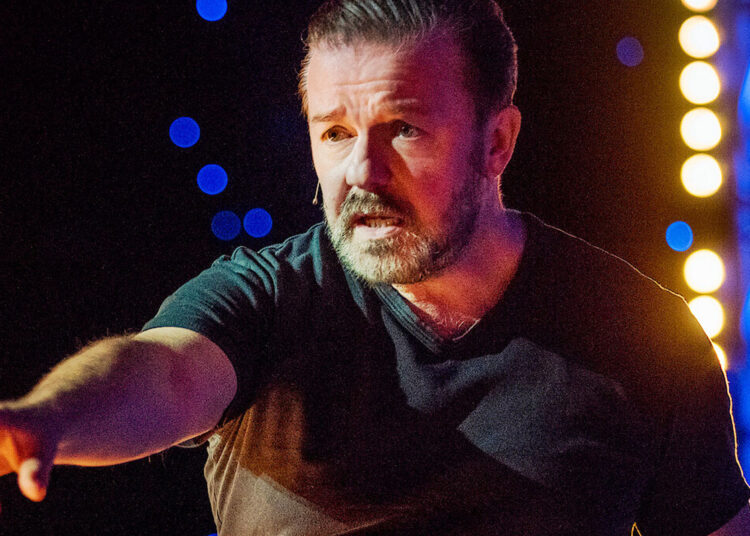 In a Netflix special Stand-up, Ricky Gervais is back with another show of his. Released on 24th May on Netflix, “Ricky Gervais: Supernature” is the second show of his on this streaming platform. A 1-hour 40 minute staging, the stand-up is sure to make you all laugh and giggle.

Prior to this, Ricky Gervais: Humanity was a stand-up special by him on Netflix. It premiered in 2018. Apart from these, he also has other shows of his on Netflix which I am sure you already know about.

What is new about the Ricky Gervais SuperNature?

Hosted by actor, director, writer, and comedian, “Ricky Gervais: SuperNature” is a stand-up comedy show by Ricky himself. Beginning with talking about nature to taking a turn on the rules of comedy and spoiling his cats.

It has some honest shocks and also tons of sentences containing Irony (because it is a stand-up!!). The trailer would have surely given you some chuckles already but for more go and watch the show now. He is also seen cracking some truths with a hint of the comic in them. Overall it will be a fun watch for all of us.

A well-known English comedian. Ricky Dene Gervais is an actor, director, and writer too. Born on 25th June 1961 in England, he is currently 60 years old and still so humorous and smart! (well, obviously age is just a number) From music to radio and from television to his own shows, Ricky has worked across various streams and outshined in all of them.

Having earned three golden globes, two Emmys and seven BAFTAs, and five British comedy awards. he is surely an incredible and commendable artist. Gervais is vegan by eating choices and atheist by religious terms.

He says that he became an atheist at the age of 8. Further, he is in a relationship with Jane Fallon since 1982. He doesn’t believe in the idea of organizing a wedding and hence he is not married yet.

Ricky began his stand-up comedy career in the late 1990s. His first successful show is said to be at the cafe royal in 2001. A man full of words,  Ricky has numerous ways of transporting his ideas to his audience. Ranging from radio to books to television to live shows, his fans just don’t miss any part of his.

Premiered on 24th May at 3:00 pm, “Ricky Gervais: Supernature” is your next spot to secure on Netflix. Loaded with jokes and jokes, hold on to your stomach as it will make you laugh harder each minute.