Kangana will be doing the lead role in the action thriller movie Dhakkad and the makers of the film have very high expectations from it. 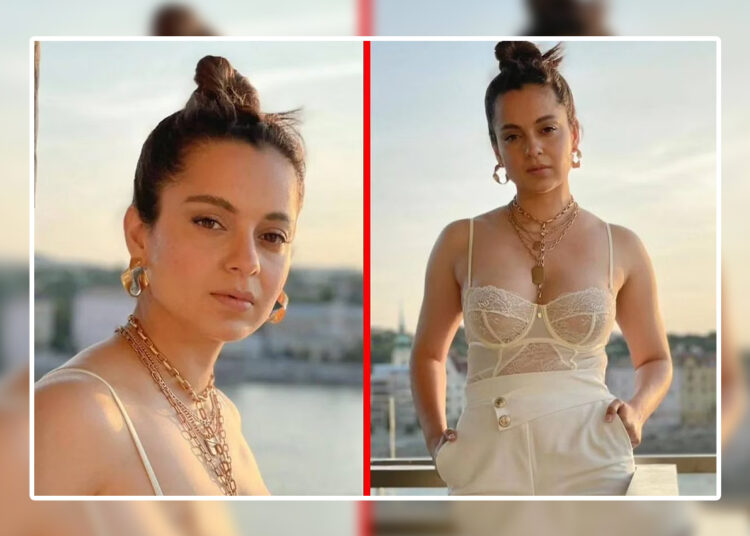 Kangana Ranaut is one of the most versatile actors in Bollywood, she is naturally gifted with acting skills and it can be clearly seen through her movies. She fits in any role given to her be it a shy village girl to a badass desi girl, from Kaya in Krish 3 to Rani Lakshmi Bai in Manikarnika, she can do it all with perfection and that’s the reason why she has received multiple awards in her career including four national awards and the fourth highest civilian award, Padma Shri.

Now, Kangana Ranaut is all set for her next release, a film titled Dhakkad which is an action thriller film which is directed by Rajneesh Ghai, and it’s her debut in direction. The trailer of the movie was released at the end of April and it has received over 35 million views still counting, fans loved Kangana’s performance in the trailer, actor Arjun Rampal and Divya Dutta will also be seen in the movie.

Talking about the trailer, it was an amazing trailer packed with lots of action scenes and top-notch direction, it’s a breath of fresh air to see a female lead actor in an action movie that actually looks promising. The second trailer was released a few days back and it received over 20 million views within 5 days the hype is real.

The Indian audience hasn’t seen such a dark action movie as of now so the movie has huge potential and especially when Kangna is in the movie and is a superb actor.

The speculations are that the movie might revive the lost stardom of Bollywood. Many big stars including Salman Khan promoted the movie trailer on his social media, Kangana who has not so good relationship with Salman also thanked him for taking some time to promote her movie.

As of now, everything seems to be going well leading up to the release of the movie which is scheduled to be on May 20. We wish the best to Kangana and hope her movie rock the theaters and brings more audience and lost attention back to Bollywood.

The producer of the movie in a statement said that Kangana’s performance is better than Uma Thurman of Kill Bill and they are hoping to make a sequel of the Dhakkad in the future.