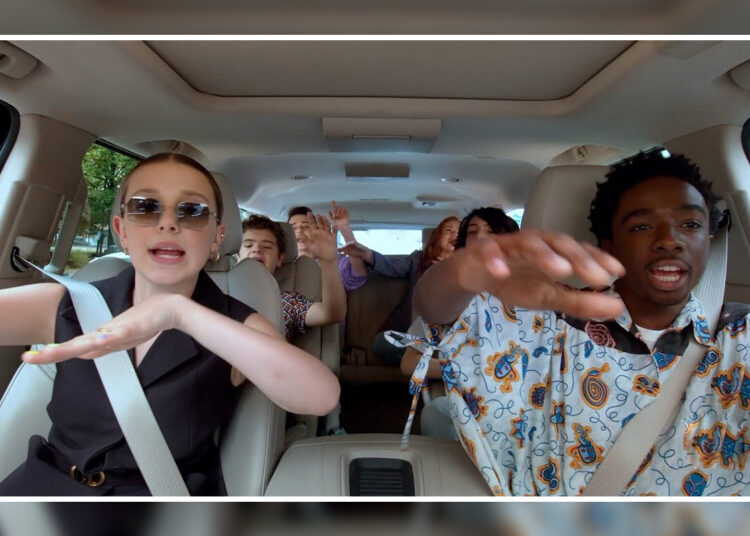 Carpool Karaoke is an American series, hosted by James Corden. The original series was a part of The Late Show with James Corden. In the show, the host joins the world’s top celebrities in the recurring segment of Carpool Karaoke. Together they drive around and sing various popular songs with the engagement of a little light-hearted conversation.

The series includes extended previews of Will Smith discussing his first steps in rapping, Alicia Keys and John Legend’s amazing melody voices, Shakira, and a roadside rave with Gwyneth Paltrow, Jessica Alba, and Will. I.am, the craziness of the Cyrus family, Blake Shelton’s craft of country songs,

Metallic’s fun games with Sophia Turner and Maisie William, the fast and furious driving score between Tyree Gibson and Ludacris, Linkin Park’s best moments, and many more. one of the episodes is dedicated to the memory of Chester Bennington, lead singer of Linkin Park.

It is an entertaining segment of talk shows with ongoing comedy and can be streamed on Apple Music. Its clips have received millions of views on YouTube and massive attention, which made it a successful late-night show all over the world. It has four seasons and season 5 was announced to be renewed soon and would be moving to Apple TV.

It’s the top-ranked fabulous late-night show and James Corden, as an enthusiastic host, has made it a splendid show by recreating scenes to please the audience with his amazing humorous performance. Not only the career-related chit-chat and the experience sharing of the celebrities, but the comedy parody of songs has made it a viral sensation among people.

The unique idea of being on the road, playing music, and singing with today’s music artists in their original, unproduced, unedited or non-auto tuned voice with their unscripted and honest personality has shown the real, unbelievable talent and skills. Also, the collaboration and companionship of James build the show’s interest as a family time show.