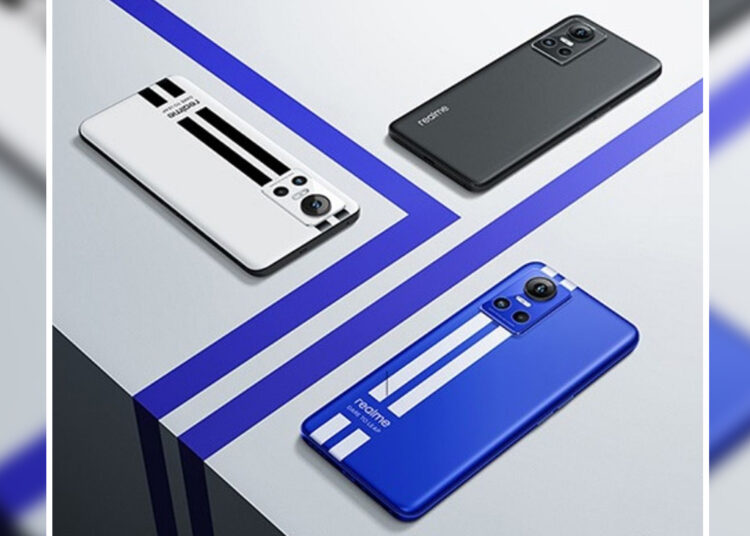 Realme GT Neo 3 Update: The GT series offered by Realme is for those devices which are great in performance. This time, Realme has launched The GT Neo 3, which has been placed toward the flagship series.

This device competes with the OnePlus 9, Vivo V23, Xiaomi Mi 11T Pro 5G, Poco X3 Pro, and Oppo Reno 6 pro. But what makes it different from these devices, let’s check it out.

Realme GT Neo 3: What does the box contain?

The box consists of the device itself, with a not-so-clear transparent case, some documentation, a 10 A charging cable, and a 160W charger.

The Body and Design:

Realme GT Neo 3 is a light and thin smartphone. It weighs in approx. 188 Grams, which is decent. The back of the device is glass with two white stripes running across the camera bump.

The camera is well contained. The sides of the phone are carved out of plastic. The front display is Gorilla Glass 5. On the sides, there is a power lock-unlock button with the volume rocker on the alternative side. The bottom of the device has a C-Type charging port, a sim ejector tray, and a dual speaker setup on the top and the bottom.

Realme GT Neo 3 comes with a 6.7″ AMOLED, FHD+ panel with a 120 Hz Refresh Rate. The display is bright up to 1000 nits of brightness and comes with an in-built fingerprint sensor. The bezels on the device are very well contained, it comes with a punch-hole display, a 94% screen to display ratio, and the chin of the device is minimal.

The device comes with all the sensors and due to the new processor, it supports 5G (with 9 Bands), Wi-Fi 6, Bluetooth 5.3, Dual 4G VoLTE, Wi-Fi Calling, and NFC.

As we discussed that Realme GT Neo 3 has two variants one with an 80W fast charge which has 5000 mAh and the other with a 150W fast charge which has 4500 mAh. The phone is certified with TUVRheinland certified, for the safety mechanism of charging. In the 150W variant, the company claims that the battery health will stay up to 80% after 1,600 charging cycles.

Realme GT Neo 3 comes with Realme UI 3.0 which is based on Android 12, and the company promises 2 years of Android Updates. The UI experience might be smooth, initially, but it consists of various bloatware, which might not be feasible for some users, who like a clean UI experience.

Realme GT Neo 3, has triple cameras on the back with a 50MP Sony IMX 766 sensor, with 8 MP ultra-wide sensor, and a 2MP macro sensor. The front of the device consists of a 16MP selfie camera.

The camera setup is identical to Realme 9 Pro+ but with the new MediaTek Dimensity 8100 processor, the image processing might be better. The device supports Camer2API and Wide 1 L1.

The price of the device is different for both variants:

Both the devices are almost the same, the specifications of RAM and ROM depend upon you, but if you want your ready in 30 minutes of charge then you can opt for the 150W variant and if charging is not a big concern for you then go for the 80W variant.