Britney Spears was seen in no dress while she was hiding her baby bump with her dog! 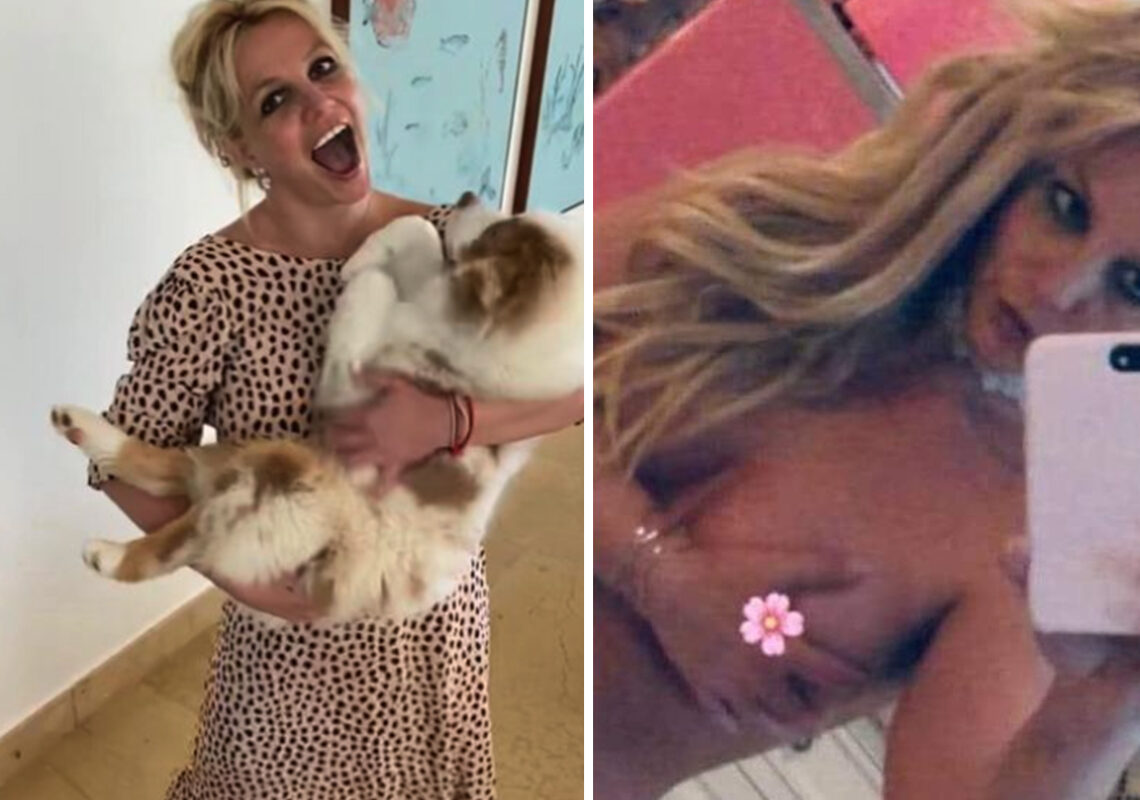 Britney Spears Update: For Hollywood celebrities, it is very much important to become bold and at the same time very soft-hearted. We have seen a lot of Hollywood celebrities who have gone through a lot in their life and that is the reason why they became very strong in their personal and professional life.

And that is the reason why they never hesitate to show their boldness in terms of their physicality. The same happens with some Singers and performers who never hesitate to wear anything and just be comfortable as they are. Among them is the pop Queen Britney Spears who was recently seen wearing nothing.

Britney Spears is a queen of pop and when it comes to her boldness then no one can beat her. Recently we have seen the singer wearing nothing as she was hugging her sweet dog.

We know how kind and how generous Britney Spears is but at the same time we have also seen her standing strong in front of thousands of people. Recently the singer has blamed her father for destroying her sex life.

The singer seems to be living her life just after she has announced her pregnancy and also engagement with Sam Asghari. It seems like whatever the things have happened to Britney Spears in the past few years are not going to let her down.

And that is the reason why she took to her Instagram on 5 May and uploaded a picture wearing nothing. She has uploaded around 5 pictures and in every picture, we have seen her embracing her dog.

In the first picture, we can see how the singer was standing and giving a poss while she was holding her dog named Sawyer.

Her hair was tied up in a bun while the singer was looking confidently in front of the camera. In the caption, she has written nothing but the name of a dog and added some emojis of a heart and kiss.

The singer has uploaded this picture to make her dog the focal point but attention was going to the figure of Britney Spears. We were able to see her naked body but she was hiding her baby bump with her dog.