Bella Hadid was looking very beautiful at Met Gala 2022, gave her back to back presence for 6th time! 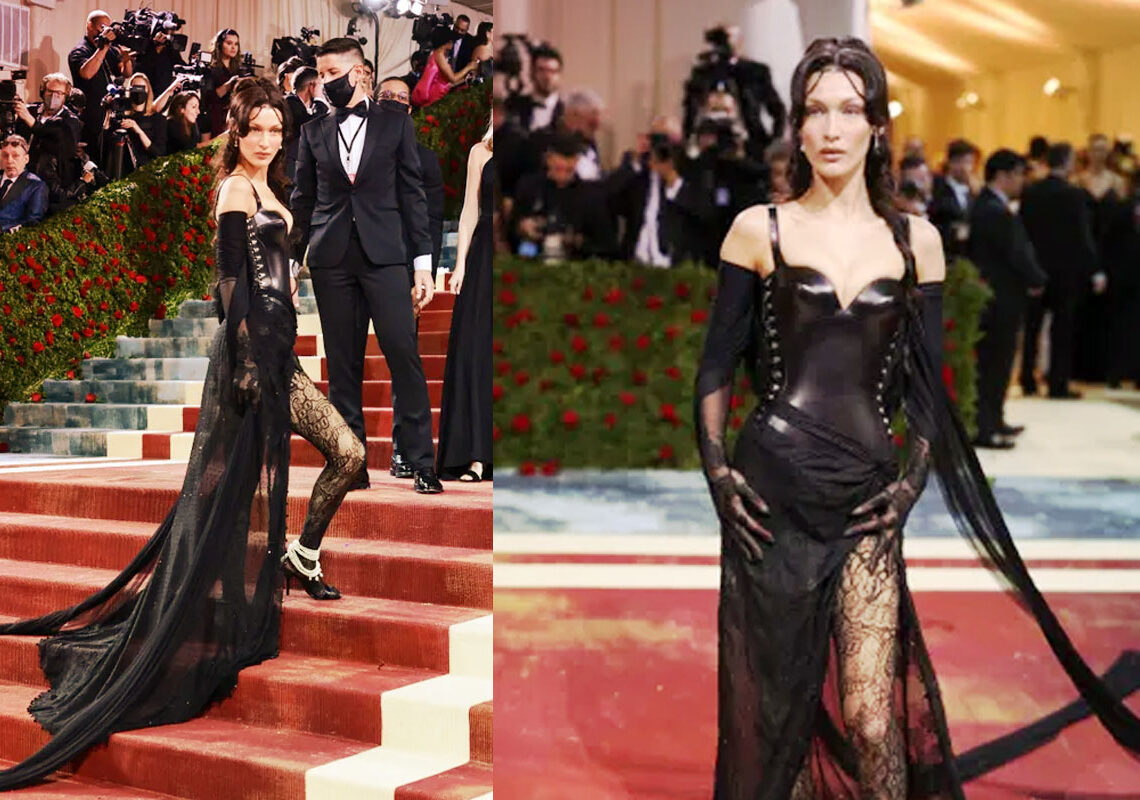 Bella Hadid looked so stunning at Met Gala 2022. A new month has started and it started very well with a lot of events and a lot of premieres. If we talk about events then nothing can beat the red carpet events where we see a lot of celebrities in their best attire and best look.

Hollywood has always given us such things with some award functions or any kind of fashion event that was organized just for the sake of styles and looks.

The same goes with the Met Gala where we see a lot of celebrities giving their best. If we talk about Met Gala 2022 then one of the best dresses or looks was of the model Bella Hadid.

Bella Hadid who is a model was recently seen in Met Gala 2022. The 25-year-old model was seen in a black dress that was looking very beautiful on her and was enhancing her figure.

When it comes to the style of Bella Hadid then she knows what fits her body and what fits according to her confidence. And that is the reason why we capture her best in every look.

If we talk specifically about the 2022 Met Gala then the model was seen in a black corset with a black skirt. She was also seen in a matching pantyhose in New York.

She was also in black, dark as ever and she has tied up in a side ponytail. When comes her boyfriend Marc then he was not there with her to join the event.

2022 Met Gala was the 6th time for Bella Hadid. It was in 2015 when she debuted at the Met Gala. In 2016 we have seen her with her boyfriend The Weeknd. In that year she was wearing Versace and then in the next years, she went in a catsuit which was by Alexander Wang. In 2018 she was seen in a Catholic imagination theme dress.

If we talk a little bit related to the personal life of Bella Hadid then she is dating Marc who is the art director. They started their relationship last year and they appeared for the first time in New York.

According to some sources, it is said that the model is too much into her relationship as she is enjoying her company with Marc.

One of the insiders also said that Marc is going well with not just Bella Hadid but also with her sister Gigi Hadid and her mother Yolanda Hadid with her younger brother Anwar Hadid.