Rihanna Was Seen With Her Boyfriend A$AP Rocky After Some Days Of Break-up Rumors!

Rihanna was seen in bra top while enjoying a date with her boyfriend A$AP Rocky after some days of rumored breakup! 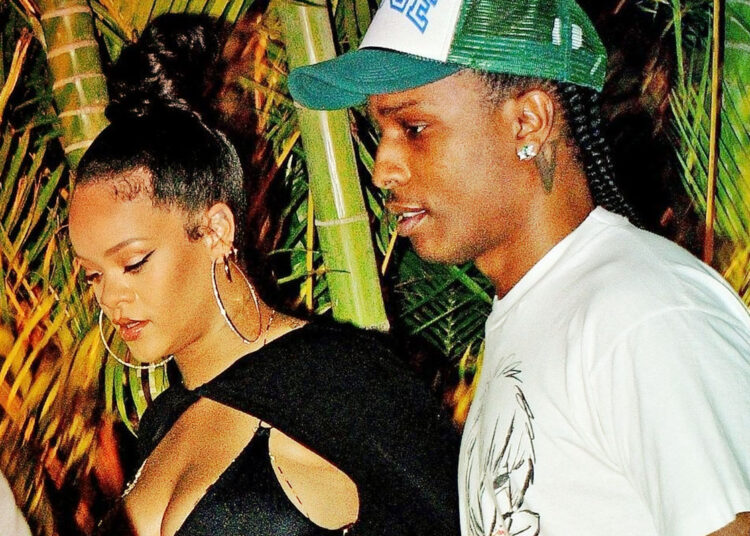 Rumors are fake about Rihanna and A$AP Rocky Breaking Up. There are a lot of celebrities who have carried fashion well in their life. Whether it is something related to their professional life or something related to personal life, they never forget to enjoy everything in terms of fashion. The same happens with a lot of celebrities who have gone through a beautiful phase in their life and that is becoming a mother.

Maternity fashion has become quite a trend in not just Hollywood but it is something which is also getting followed by a lot of common people. If we talk about some celebrities who are nailing the Maternity fashion then it is no other than the singer Rihanna who was recently seen in a bikini look.

Rihanna who is right now some days away to deliver her baby was recently seen in a bikini top. The 34-year-old singer was not there all alone but was with the father of the baby and her boyfriend A$AP Rocky.

The singer is continuing to inspire a lot of pregnant women in the world in terms of fashion. This look of Rihanna was seen some days after the rumors of breaking up with her boyfriend due to cheating thing.

Rihanna and A$AP Rocky on a Dinner Date

Rihanna was seen wearing a black bikini top and also a short skirt so that she can show off her baby bump.

We spotted the singer while she was going out to have dinner in Barbados. She was there with A$AP Rocky, the 33-year-old rapper. The couple was seen holding their hand. The singer was also seen wearing a big circular earring of gold. Her hair was tied up in a bun.

The couple was recently surrounded by a lot of rumors related to their break-up. The reason for this rumored breakup was the cheating of A$AP Rocky over singer Rihanna.

The rumor was not clarified by any of the musicians but their back-to-back appearances are proving all these rumors wrong. It was also said by the shoe designer of FENTY whose name is Amina that the couple is going very strongly.