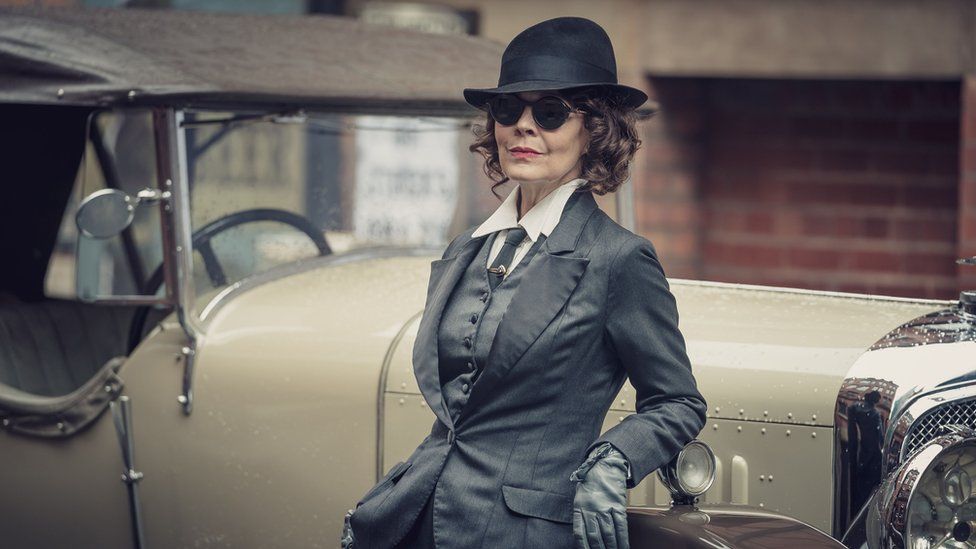 Peaky Blinders Season 6 is about to release in February, 2022 and we will get almost all the actors and actress of the show in this season as the Season 6 is going to be the last and final season of the show, but fans are quite anxious whether we will get our favorite Aunt Polly or not? As sudden death of the actress Helen McCrory due to cancer has raised the question whether will get he back in the role of Aunt Polly or not?

As the filming of the Peaky Blinders Season 6 was not started in April when the veteran American actress had died due to cancer so it’s clear that we will not be able to see her in the las and final season of Peaky Blinders.

As per the reports of RadioTimes, we will get a brilliant tribute to Aunt Polly aka Helen McCrory in the upcoming season, as Cillian Murphy ahs told in an interview that she will be given a “brilliant tribute” in the last season by all the cast.

Cillian Murphy, who will feature in the upcoming spin-off movie of Peaky Blinders which will start in 2023 and will created by the main creators of the show has told RadioTimes few days back that:

“What I always feel sad about is that we were about to shoot and then the pandemic happened and we had to stop, “If we had shot then, Helen would’ve been in the show, and that makes me feel sad. It’s a huge loss; it’s hard to comprehend it. Because she was the matriarch of the whole thing. As the character, but just also as her personality. But she’s still present in Peaky Blinders Season 6.”

Definitely we will not see her in the Peaky Blinders Season 6 yet, the director “Steven Knight had  managed to keep her very, very present, which I think is a brilliant tribute to Steve and also to Helen. But we couldn’t quite fathom it all as we were making it, you know?”

Also Read: All of Us Are Dead Season 2: Renewal Updates and Characters which can return

The Five Seasons of Peaky Blinders are available to watch Online on BBC iPlayer and Netflix and if you want to want to know when the Season 6 will release keep following us we will update every details about Peaky Blinders Season 6 here on our portal.