Daredevil Season 4: Will Jessica Jones, Iron Fist, Punisher or Luke Cage be back?

by Manjeet Mahato
Reading Time: 5 mins read
A A
2 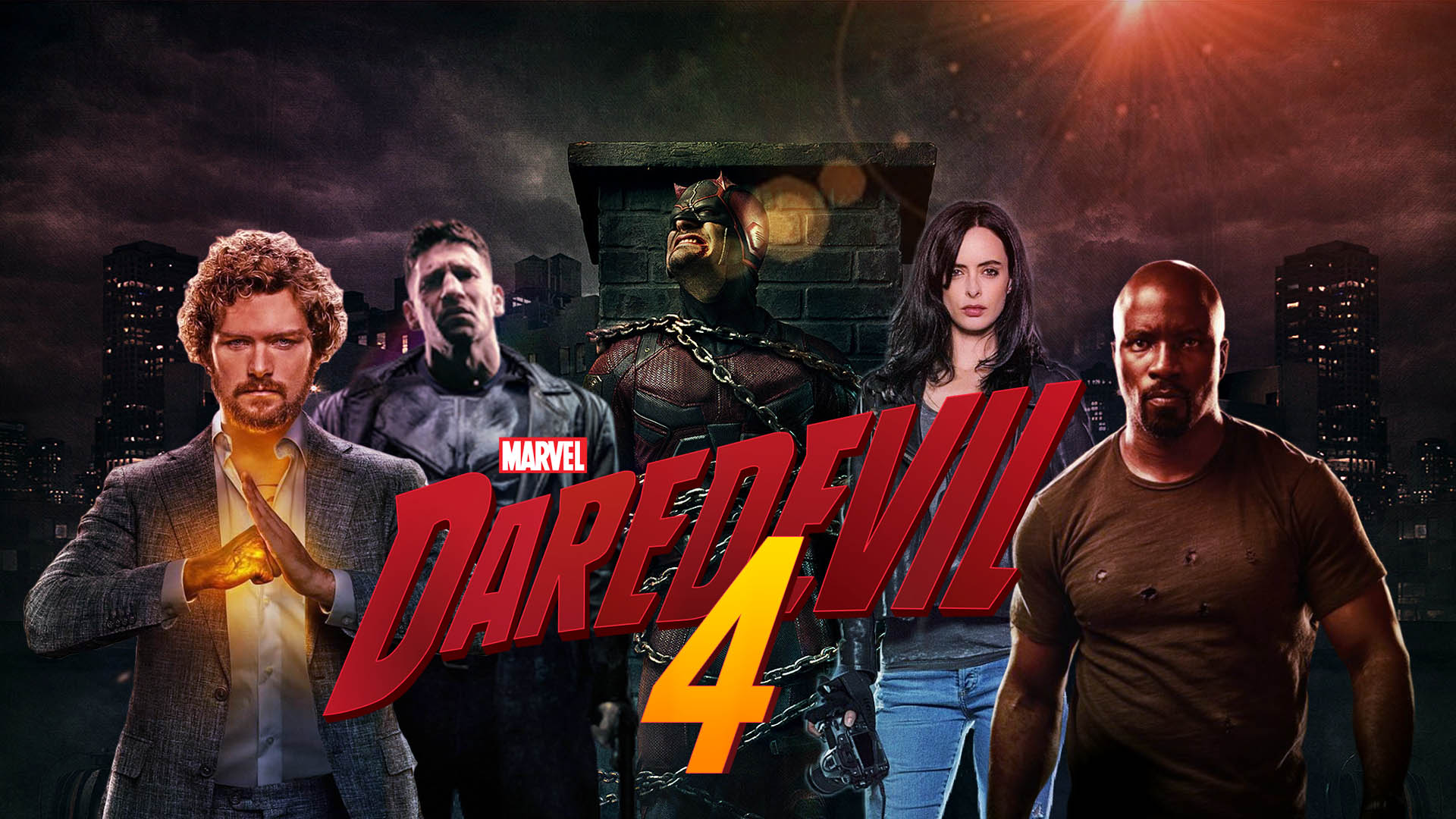 Daredevil Season 4 is almost confirmed and I think Disney Plus will be the one who will make the Series as the rights of Daredevil have been returned to Marvel now and our Matt Murdock and Kingpin have already made their appearances in MCU’s Spider-Man: No Way Home and hawkeye Season 1. And very soon we will get the Daredevil Season 4 which could be a soft reboot to the show as Marvel would love to capture the audience as both characters Daredevil and Kingpin are fan’s favorites.

But today we will talk about the Daredevil and other Superheroes of Hell’s Kitchen and the Series of Marvel’s on Netflix, which were great when they were released by Netflix as all of the series were R-Rate. But Marvel and Disney don’t make R-Rated Movies and shows on Disney Plus. So how our Superheroes Jessica Jones, Iron Fist, Punisher, and Luke Cage could be back in Marvel Universe.

How Daredevil will be back in MCU through movies or Disney Plus shows?

Charlie Cox is Daredevil in MCU, which is official now and Vincent D’Onofrio is Kingpin aka Wilson Fisk so how we will get Daredevil in the upcoming projects of Marvel and when Kingpin and Daredevil can be seen in one frame? Here are the possible plots:

Most probably Daredevil Season 4 will be the show on Disney Plus which will bring two characters together to we can also see these two characters in upcoming TV shows which have already been announced like Echo and She-Hulk. But we already know how Daredevil and Kingpin will be back but will we ever watch our other favorite Superheroes like Jessica Jones, Iron Fist, Punisher, and  Luke Cage. Will they appear in Daredevil Season 4?

Jessica Jones in Daredevil on Disney Plus

Jessica Jones was one of the most under-appreciated characters in Netflix’s Marvel Universe, As the TV series was the same as the Daredevil crime-thriller series more than a Superhero series which had been planned after the success of Dare Devil Season 1 on Netflix. Although fan had given their love to the how but critics were against the series because of the level of violence in the show. But Jessica Jones’s character is really good with her super-strength and other superpowers we can expect so much from the character and if Daredevil Season 4 happens fans would love to watch the character so much.

Jessica Jones has a total of 3 seasons on Netflix, and the work of every cast is great the especially the main lead Krysten Ritter who had played the character of Jessica Jones. Mike Colter’s Luke Cage has also made appearances in a few episodes of the series.

Punisher was the most appreciated character who was first introduced in Daredevil Season 2 and the role of Punisher aka Frank Castle was played by Jon Bernthal, and because of the popularity, Netflix give the character a full TV Series which had 2 seasons. The Punisher is brutal and the show has extreme violence and I don’t think Disney would make any series on this character.

As we cannot think about the Punisher without violence and kills. So I don’t think Punisher would ever appear in the Daredevil Season 4.

Will Luke Cage and Iron Fist appear in the Daredevil series?

The most appreciated Superhero after Daredevil is Luke Cage and Punisher, And I personally love the character of Luke Cage and I think there is a way to introduce cage in Daredevil Season 4 as both Daredevil and Luke are in the same city New York’s Hell Kitchen. Although Iron Fist has two seasons yet the fans had not ever demanded Season 3 or the revival of the character. Iron Fist was not able to attract the fans of MCU. But Finn Jones who had been in the titular role had performed well in the series.

The Team Up series of all the Marvel Superheroes was produced by Netflix with the name The Defenders, Although this was the mini-series yet the fans had loved the series very much. SO we can expect such type of team-up in Daredevil Season 4 on Disney Plus, which could be more profitable for Disney, as Marvel doesn’t have to deal with the origin of each character.

Let’s hope that we will get our Street Superheroes back as Marvel has their rights and Daredevil and Kingpin have already made their appearances in MCU.

If you haven’t watched the Marvel’s Superheroes series on Netflix here is the order as per the timeline by which you can watch these series. Netflix’s all the series are set after Avengers 1, so it would be relatable if watch The Avengers first.

Marvel’s Series as per the timeline: