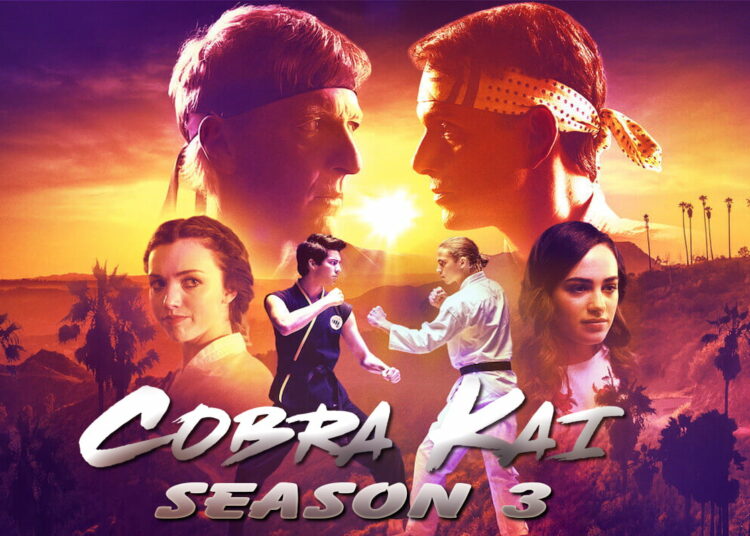 Cobra Kai Season 3: Here is great news for all Cobra Kai fans! To date, we were waiting quite hopefully for the release date of the brand new season 3. So ultimately it is revealed. Just continue to know about all related information about Cobra Kai.

Netflix has publicized the release date along with bringing before the trailer of the season. As we all are quite aware of the ongoing pandemic, which has ruined all spheres of life, including the entertainment industry, we thought that the season will take some more till to ultimately crawl up before us. However, it seems that the makers of Cobra Kai season 3 could not hold on to their excitement to launch it on as soon as possible.

All of us have been waiting quite for a long time for this revelation and now ultimately, we are just a few steps away to witness it. Netflix is about to stream the new season on the 8th of January 2021. After waiting for several months now, it is not a long wait anymore.

Another brand new season creeping behind:

We all are quite aware of the fact that the first season of Cobra Kai was a spectacular hit. It was counted among to top 10 series in the Nielsen’s Streaming list. This was not all. The second season also came out with flying colors on receiving 2.17 billion streaming minutes. All these facts prove that fans want more of Cobra Kai.

Such a welcoming response could not keep the makers of the series out of the way in bringing another new and fresh season into existence.

Yes, you have heard it right! Cobra Kai Season 4 is decided and will make it’s way to the screen.  Still, a lot of updates has not been received yet about the new season, since the third season is yet to appear.

Being a witness to the lovely trailer released by Netflix, we are so excited to know that the cast crew of the previous season is tracing their steps back for this new season as well. Season 3 is going to air ;

I know, you really can’t hold on to your patience anymore to catch a glimpse of the season on-screen with Miguel finally coming to senses in this new season. Stay tuned, it’s arriving soon.