Dollface: 5 Most Appealing and 5 Unappealing outfits- Check Out to know 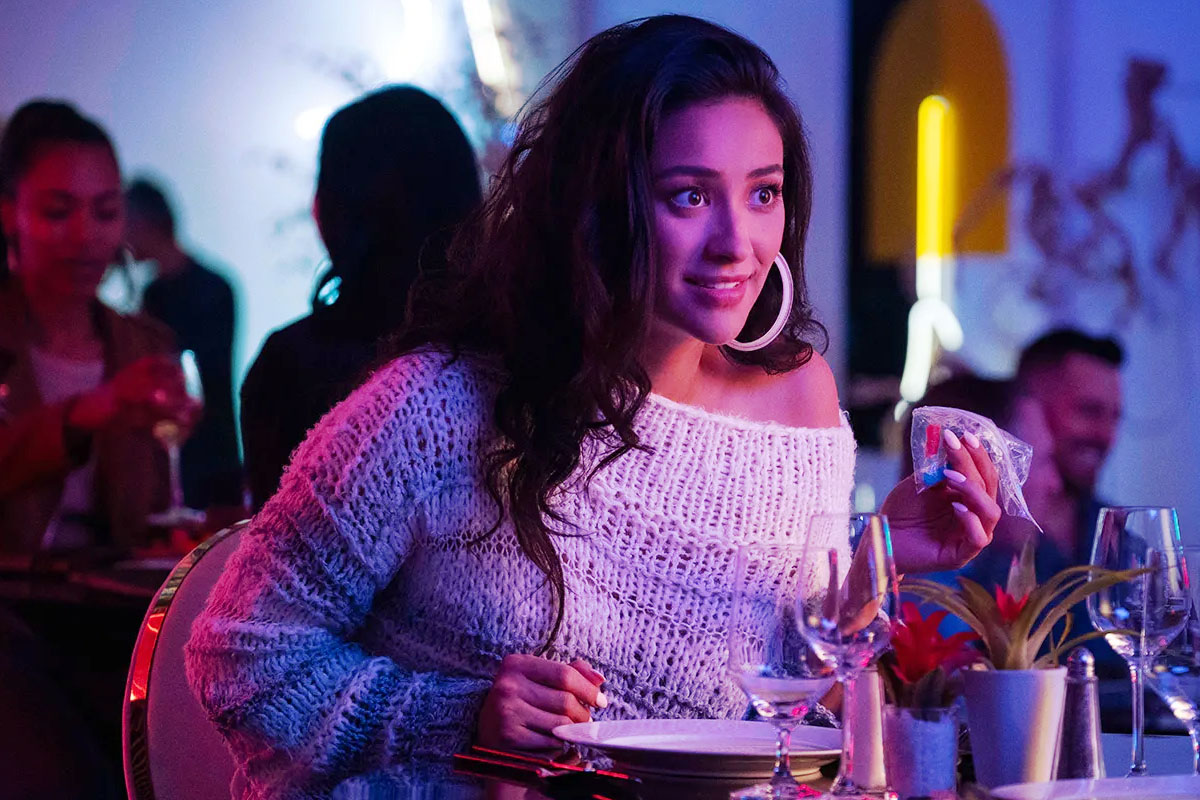 Dollface Updates: Dollface, a Hulu original, has been decided to resurrect after receiving a heartwarming response from its fans and viewers. Most probably in 2021, the new season is going to usher in. The name of the series has been named after the lead’s, Jules( Kat Dennings) name.

She was loving called Dollface by her beau. So far we have acknowledged that after her breakup with her boyfriend she has been trying different ways to regain happiness. Deciding to get connected with all her old girlfriends, she tries to reach out to all of them, Stella (Shay Mitchell), Madison (Brenda Song), and Izzy (Esther Povitsky).

The squad believes in dressing up to celebrate the spirit of freedom and give special importance to their career.  Staring the show in Los Angeles, it becomes a total priority to look good. Thus in each episode of season 1, we can acknowledge different types of glamorous outfits that leave us awestruck.

She is spotted looking glamorous and comfortable in a black dress, hair extensions, a snake necklace, and white faux fur.

She is seen to be wearing an old T-shirt and a pair of worn-out jeans. She seems to hold no sense of fashion beside Jules, who is wearing a Gucci jumpsuit.

This was the time of being a bridesmaid. She is slaying in a black dress.

Jule’s outfit here is the worst part of this episode, especially standing beside Stella’s best look.

She is wearing a stunning black floral shirt which no way proves her to be heartbroken.

Her white sweater for the party looks totally not impressive when Jule is styling in the black jumpsuit.

A beaautiful white top, matched perfectly with a yellow skirt looks perfect on her. While Madison looks more professional in blazers, jumpsuits, and a cool shirt.

She is the most simple girl on the set wearing nothing impressing. Her girly hairdo to her mini skirt resembles as if she is trying very hard in a sarcastic way.

Episode 6 showcases Stella in a red channel bomber jacket, costing more than $444, wearing it for a very casual outing to her friend’s place.

Here Jule’s wears a very um impressive jeans with a white tee which makes her look totally flat, compared to the other girls out there.