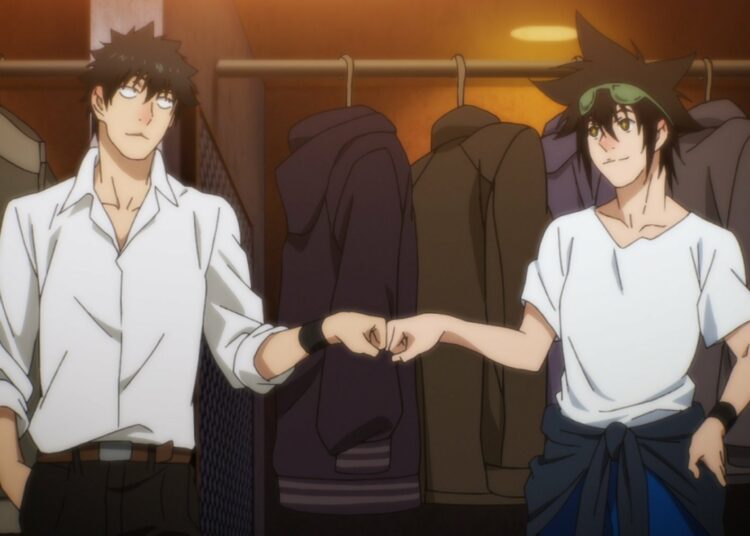 But though a combination of Jin Mori’s newly awakening Sun Wiling form. And a little help from his friends saves Seoul from falling into Jegal’s greed. The follow-up season will be available soon. Anime seems to waste no time in setting up a follow-up season.

About The God of Highschools Season 2

In season 2, Jin Mori will have his own journey to the west to find out more about the hidden dormant in his subconscious. In the same way that Yu-gi-oh!’s Yugi Amotto unintentionally house the baritone-voiced Yami Yugi.

Mori’s body is the home of the reincarnated form of the legendary Monkey King. As Park Mujin notes during Mori and Sun Wukong’s fight against Legal. While Charyeok users borrow God’s powers. When Wukong fully unleashes, Mori is God.

Keeping all these things aside, next to nothing information about the anime’s take on ancient Antihero. In fact, we know exactly as much as  Mori himself because his memories of Sun Wukong’s life is repressed.

In order to unlock them, the teen brawler will have to travel to Monkey King’s homeland. He will not be alone, Mira and Daewis agree to accompany him through the journey. With hopes that they will develop as fighters in the process.

Jin Taejin, i.e Mori’s grandfather and his whereabouts is something that tense Mori. Through out the season one of The God of Highschools, he keeps thinking about him. Grandpa was the only parental figure in Mori’s life and he ever had.

Grandpa is a veteran fighter. His fighting stories are closely interwoven with recent events. All-seeing him as a precious sacrifice. He will be the one to bring them a new God. Most noticeable, it seems Taejin is not clueless about what kind of boy he raised.

A post-credit scene reveals the older man to be string up at a dark cell in an unknown location. Just dreaming about his grandfather.

So just wait for another season, till then stay tuned and update.