Money Season 5 Is Berlin Alive? and What we know so far 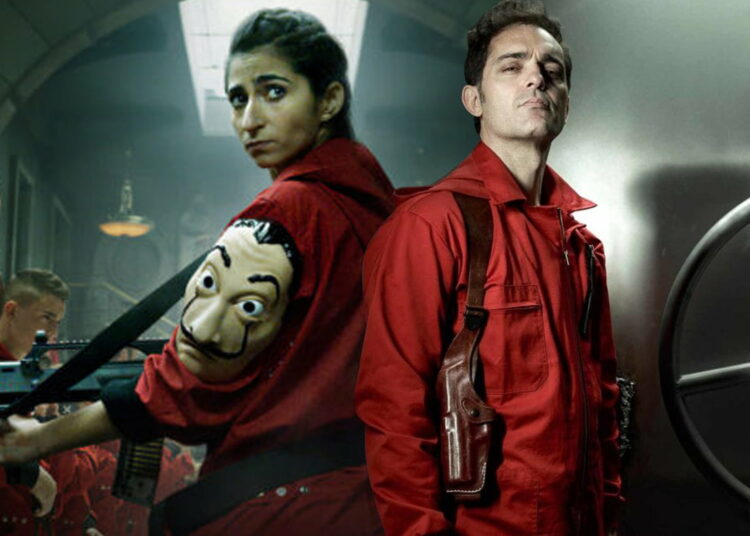 Money Heist Season 5 Updates: Money Heist Season 5 is on its journey. Yet to arrive at the destination. But the thought which haunts the heist fans is that if Berlin is still alive? Money Heist will be soon on Netflix with its fifth season soon, but the fans figuring about Berlin (played by Pedro Alonso) may somehow somewhere reveals that he is alive.

Let’s look after the clues which may be true? Give a thought for it.

Berlin was one of the most magnetic characters which portray as a family man and even as a criminal, competitor.

Well, it’s up to you how you take him.

As a result, when he was shot in season 2, his death caused anxiety to fans. After his absence, we could sense his presence. While he continuously appeared in the flashbacks, there has been a lot of doubts aroused about what really happened.

When it was revealed Berlin was coming back for the third season, many began wondering if he survived. One major clue was he wore a bulletproof vest which helps to resists a number of bullets.

As a result, his survival has hope for the fans. Many fans commented on the social media platform stating “My theory is that he might not be dead because he was wearing a bulletproof vest. Also, they didn’t show what happened to that girl so maybe that’s related?”

He was the Ex-Husband of Alicia Sierra’s

Another clue, for the survival of Berlin, is to his links to Alicia Sierra (Najwa Nimmi).

There are many unsolved puzzles such as how Sierra may even be linked to Berlin’s ex-wife Tatiana (Diana Gomez) given how similar they appear to be. The biggest theory was when Sierra gave a speech about her ex-husband German in season four about how her partner had died after a terminal illness, just was the one Berlin had.

The fact he was called German which left curiosity if it was a knot to Berlin as well. If they were the same person, then it meant Berlin had survived the shooting. But it’s clear that Sierra confirms her life partner to be dead, during her speech.

So, if Berlin has to survive,  she would have been lying about it.

The last clue is noticed by the fans in the final season. In the last episode, Berlin shows for every new beginning comes from some other beginning’s end. In this last words, he said: “Goodbye my friend. I’m confident that one way or another time will bring us back together.”

The prediction might give us a ray of light of Berlin to Palermo (Rodrigo de la Serna) once again. Therefore, the end of Berlin is not on the proper note. The clues left behind are the ones haunting every fan.

Let’s wait for it.