Ben Affleck And Jennifer Lopez Went On Cruise With All Kids!

Ben Affleck and Jennifer Lopez decided to go on cruise outing with kids after moving together! 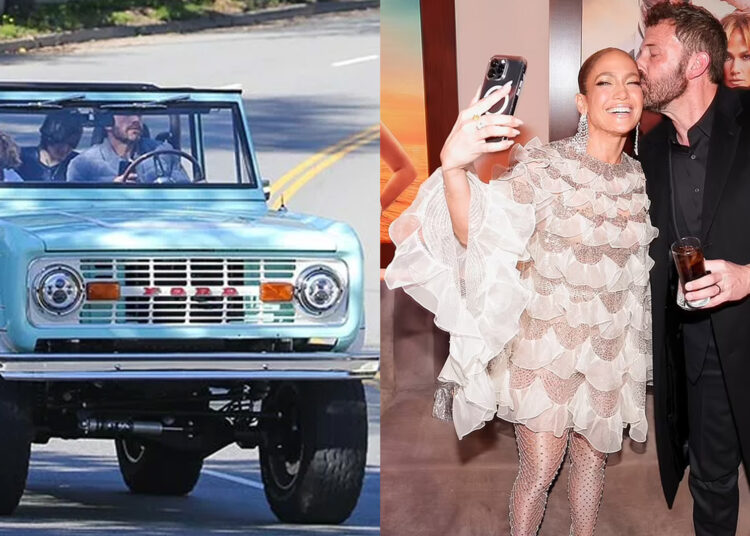 If we talk about such things then a lot of Hollywood celebrities are well known for it as they involve their kids in almost everything they do. It is not because they want to make them a focus but also because they care about them.

The same has happened with Jennifer Lopez and her husband Ben Affleck who were seen with their children while going on a cruise. It was a family affair when the husband and wife took the hands of their children and went for a super cool idea. They were not able to stop their smile.

Here you can check out some pictures of Ben Affleck And Jennifer Lopez Went On a Cruise With All Kids!

The kids were seen in the back seat while the couple Ben Affleck And Jennifer Lopez themselves were in front. Coming to children then the 10-year-old Sam was also there as he loved the moment with his other siblings.

The 17-year-old Violet and 14-year-old Seraphina were also there. These three children are Ben Affleck with Jennifer Garner. Another hand, Jennifer Lopez was also there with her children named Max and Emme.

They both are twins and 14 years old. Coming to the truck then it was very gorgeous in blue colour. Through it, one can see that the living arrangement is going very smoothly with these two as a blended family. It was recently when the kids of Jennifer Lopez and Ben Affleck decided to live together with the couple.

Because of them coming together in one place, Jennifer Lopez became emotional. She always wanted to live with children and that’s what happened and that’s the reason why she called it an emotional transition. For her, it is a dream come true and declared it has been a phenomenal year.

If Jennifer Lopez and Ben Affleck are not making headlines with their relationship with children then they are making it with their outings. It was recently when both were spotted hugging and kissing each other.

Despite being very busy with their schedule, they always try to keep a family space in it. The only reason behind it is the importance of family which they both understand and has always wanted to go with.