by Buddarapu Pravallika
Reading Time: 5 mins read
A A
1 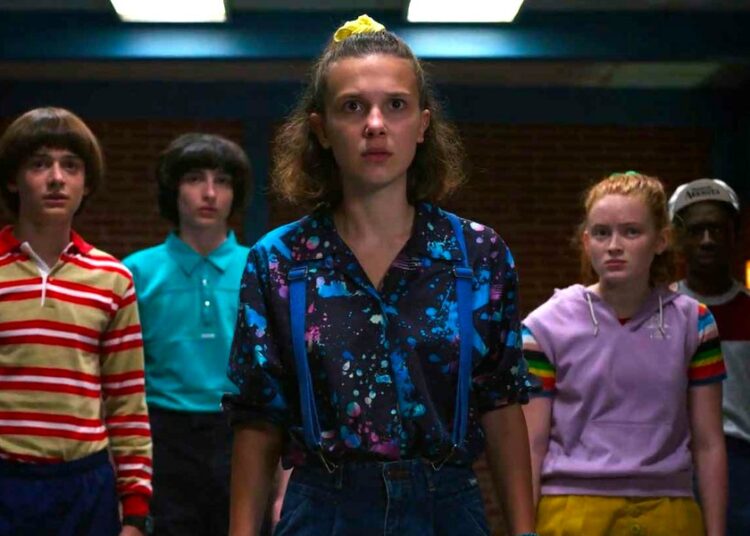 The American sci-fi horror drama that has taken the entertainment media to a storm is ‘Stranger Things’ of the Duffer brothers. With an ensemble cast, the series is now on the verge of premiering its fourth season in the middle of 2022. The trailer is already out and we can’t wait to see Eleven and Mike get together for more eerie and supernatural adventures.

Set in the 1980s in Hawkins, a fictional rural town of Indiana, the series features the troubling scientist research in the Hawkins National Laboratory which often experiment with the supernatural and paranormal as well as involving human test subjects.

An alternate dimension has been created by them accidentally which is referred to as “the Upside Down”. The plot opens with the mysterious disappearance of Will (Noah Schnapp), a young boy. At the same time, various supernatural things begin to happen in the city including the appearance of a girl named Eleven (Millie Bobby Brown) who has the psychokinetic ability and has escaped the laboratory.

With a lot of critical acclamation ‘Stranger Things’ has allured record viewership on Netflix on a global scale and has received multiple awards and nominations including Golden Globe and Primetime Emmy. The series also shows strange experiments done in the time of the Cold War and various real-life conspiracy theories.

Fans of ‘Stranger Things’ might as well want to check some other shows to have a similar feeling of suspense and mystery.

This American mystery teen drama focuses on a group of teenagers who return early from their school trip to find out everyone else in their town West Ham of Connecticut has mysteriously disappeared.

Further, a dense forest has grown around the town cutting them from all the outside contact. Though at first, the teens started to enjoy their freedom, it soon turns darker. With very limited resources they must survive the danger lurking in the mystery.

The series is the modern-day take on ‘Lord of the Flies’. Starring Kathryn Newton, Gideon Adlon, Sean Berdy, and more it premiered on May 10, 2019.

This supernatural horror thriller centers upon Sabrina Spellman in Greendale, a fictional town. Sabrina has a double life of witch which means she is half-mortal and half-witch. When she embarks upon fighting against evil forces that engender herself with her family and all the human world, the ploy story intensifies. This dark coming-of-age story gives us the perfect horror ambiance of suspense, fear, and witchcraft.

Dennis Heaton created this horror drama for Netflix. ‘The Order‘ centers upon Jack Morton who is a college student and joins the Hermetic Order of the Blue Rose which is a secret society teaching and practicing magic.

Full of magic, supernatural creatures like werewolves, dark arts this show is a perfect trip for you to spur your love for the horror genre. With Jack delving deeper into the organization while unearthing dark family secrets, we also lose ourselves in the episodes.

This German sci-fi thriller is Netflix’s first-ever German-language original series. It opens with children vanishing from the town of Winden which leads to a series of mysteries involving double lives, time travel, alternate universe, dark pasts. Though the story starts with 2019, the characters are eventually transported to 1986 and 1953 and in the second season to 1987, 1954, 2053 1921.

Let’s finish our list with something related to ‘Stranger Things itself. Owing to the groundbreaking positive review right after the release of ‘Stranger Things’ Netflix decided to stretch its popularity further by releasing a TV Program as a companion show to the main series on October 27, 2017.

Hosted by writer Jim Rash who is also a super fan of the series, the program discusses inspiration that spurred the series along with various behind the scene moments and analyzes and anticipates the storyline.

He is joined regularly by the creator of the show the Duffer brothers as well as the cast and crew occasionally. But if you have not finished all the three seasons of ‘Stranger Things’ that have been aired already, you better not get into this TV Program now as there will be a lot of spoilers.