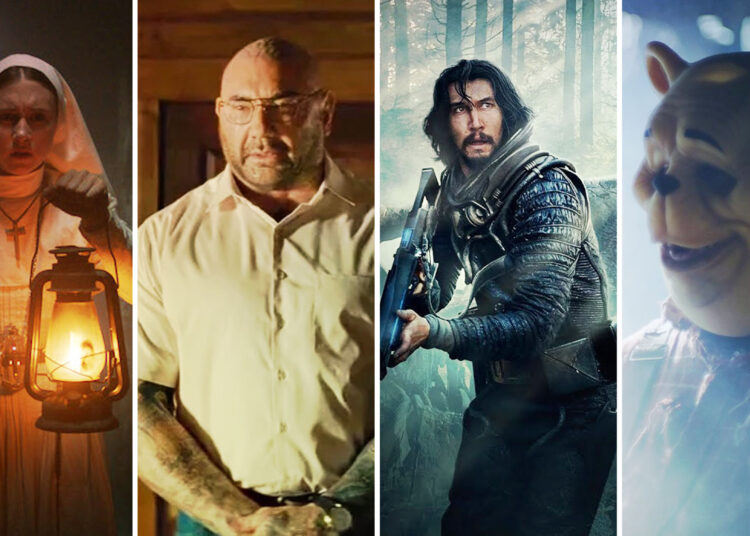 If you like watching thriller movies and you are seeking some of those so, you have come to the right place as we have listed the Top 10 Thriller Movies to Watch in 2023.

Expectedly 2023 also will give us such enjoyable and waited-for movies that will send an electrifying thrill to the bone of the viewers. This article will follow the list of thriller movies coming in the year 2023.

The plot revolves around legendary hitman John Wick taking on a new enemy in order to defeat the High Table and gain his freedom. Keanu Reeves will be seen reprising his role as John Wick in the movie that is set to be released on March 24, 2023, in the United States.

This upcoming slasher movie is going to be the sixth installment of the Scream series. The plot revolves around the group of survivors of the last Ghostface killings determined to start a new fresh life leaving behind Woodsboro only to find themselves plagued by a new Ghostface killer.

Famed for starring in the titular role of the Netflix series ‘Wednesday‘, Jenna Ortega will be seen starring as one of the primary cast members of the upcoming movie along with Courteney Cox, Melissa Barrera, Hayden Panettiere, Jasmin Savoy Brown, Mason Gooding.

This upcoming gothic supernatural horror movie is the sequel to the 2018 movie ‘The Nun‘. The plot is set in France in 1956 and finds Sister Irene again facing the demonic force of Valak or “The Nun”.

Taissa Farmiga will be seen reprising her role as Sister Irene in the movie that will premiere on September 8, 2023.

This is a sci-fi thriller movie the plot of which follows the only two survivors of a catastrophic crash finding themselves on an Earth sixty-five million years ago dominated by prehistoric creatures including dinosaurs and trying to survive defeating all adverse situations.

Adam Driver will be seen starring as one of the primary cast members Mills in the movie that is scheduled to arrive on March 17, 2023.

Knock at the Cabin-

This upcoming apocalyptic psychological horror movie is adapted from Paul G. Tremblay’s novel of 2018- ‘The Cabin at the End of the World‘.

The plot revolves around a family being hostage by four people inside a cabin in which the family was staying for vacation as they are offered extreme conditions in exchange for freedom. The movie is set to arrive in the United States on February 3, 2023.

Winnie the Pooh: Blood and Honey-

This is an upcoming independent slasher movie that is a horror re-imagination of the popular books Winnie the Pook by E. Hm Shepard and A. A. Milne.

The plot finds a now bloodthirsty and feral Winnie the Pooh and Piglet on a murderous rampage and also an adult Christopher Robin.

Craig David Dowsett, Chris Cordell, and Nikolai Leon are the cast members of the characters of Pooh, Piglet, and Robin respectively in the film. It will be released in theatres on February 15, 2023.

Elizabeth Banks has directed this black comedy thriller movie the plot of which is inspired by a true story of 1985 when an American black bear ingested a cocaine-filled duffel bag winning the tag of “Cocaine Bear“.

In the film, we see an American black bear in a small town in Georgia going on a murderous rampage as the inhabitants and tourists of the place team up together to survive its attack. The movie will be released on February 24, 2023, in the United States.

Jean-François Richet has directed this action thriller movie the plot of which centers around a pilot Brodie Torrance who is trying to survive the aftermath of an emergency landing in a hostile area.

Gerard Butler will be seen starring as caption Brodie Torrance in the movie that is scheduled to be released on January 13, 2023.

This upcoming thriller movie is based on a short film by the director and writer of this movie- ‘Let Them Die Like Lovers‘.

The plot revolves around a former black-ops soldier’s attempt to solve the murder mystery of a woman’s husband who was involved with an experimental military program. The movie will arrive on March 31, 2023.

Hair of the dog-

This upcoming mystery thriller movie revolves around a blackmail plot in which an executive gets trapped only to find himself amidst a much darker and larger scheme.