Wednesday Star Jenna Ortega Confesses She Refused to Say Some Lines, Praised by Her Fans

Jenna Ortega in a recent interview explained why she had to change some Wednesday dialogues. 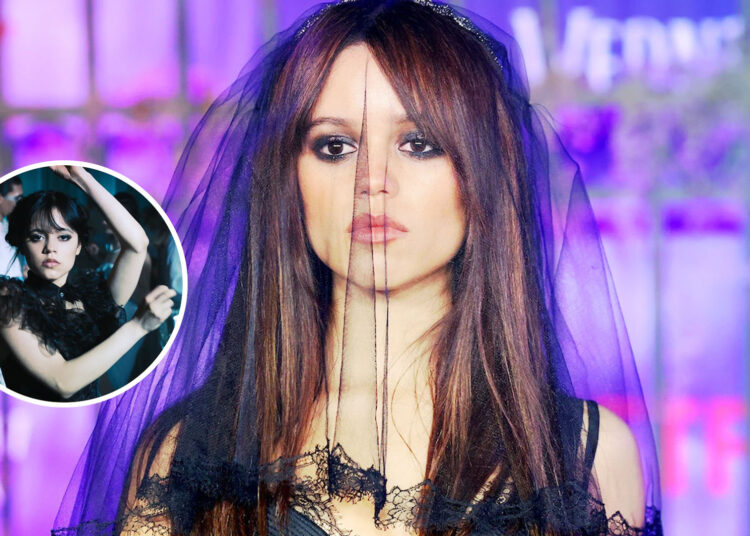 Jenna Ortega, star of the Netflix comedy Wednesday, has revealed a line that was initially going to be in the show but was cut – and fans are very happy about it.

The newest version of The Addams Family, Wednesday, distinguishes itself by concentrating on Wednesday’s experience as a student at Nevermore Academy, a school for outcasts.

While Wednesday meets werewolves, vampires, gorgons, and other magical creatures, she is also compelled to solve a murder mystery while dealing with the realities of life at a truly unusual boarding school.

Wednesday, who has difficulties with social interactions, must learn to care about people, despite the fact that half of the school is scheming against her.

Jenna’s inventive dance solo, performing her finest 80s-inspired goth routines to Goo Goo Muck by The Cramps while wearing a magnificent black lace dress, has certainly been one of the program’s most memorable sequences.

But apart from that according to the 20-year-old Jenna Ortega, she had a line in the screenplay that would have shown how much Wednesday adored the dress after seeing it in a store window and having it stolen for her by her close companion Thing.

Here is What Jenna Ortega shared about her Role and Dialogue In Wednesday.

‘I remember there’s a line where I’m talking about clothing and initially she was meant to say: “Oh my God I’m freaking out over a dress, I hate myself,” she said during a Netflix Q&A.

‘And I was blown away because it sounded like… a bunch of tiny things like that. I thought we were able to skip a lot of conversation in order to make her sound more authentic.’

Anyone who has seen Wednesday will know that the main character isn’t one to ‘freak out’ over a dress, let alone acknowledge it.

Several TikTok users who viewed a clip of Jenna’s interview discussing the snipped sentence in the issue agreed that it was correct that it was omitted.

‘They need to bring Jenna inside the writers’ room for season 2,’ one person observed, while another added, ‘Gotta give credit to actresses who know their roles better than the authors sometimes.’

‘I’m relieved they didn’t include this. ‘I believe her simply seeing the dress in the window and Thing purchasing it for her was enough of a reaction,’ added another.

‘Can we get Jenna in the writer’s room next season hahaha,’ one person asked, adding, ‘Nahhh I called it because how could I know Jenna was avoiding the terrible lines?’

As for the renewal of this hit show, even though Netflix may be picky with TV program renewals on occasion, another season is on the road — even if the official announcement is still to come.

Wednesday’s showrunners have three to four seasons planned, so they won’t even need to break continuity to pull off season 2.

The showrunners have also considered potential spin-offs centered on the complete Addams family, with Wednesday playing a role in all of them. With Wednesday’s enormous popularity, Tim Burton‘s Addams Family world is on its path to exponential growth, implying that Wednesday Addams will be on screens for years to come.