A new Ant-Man and the Wasp Quantumania trailer has arrived, and it has just taken things to the next level! 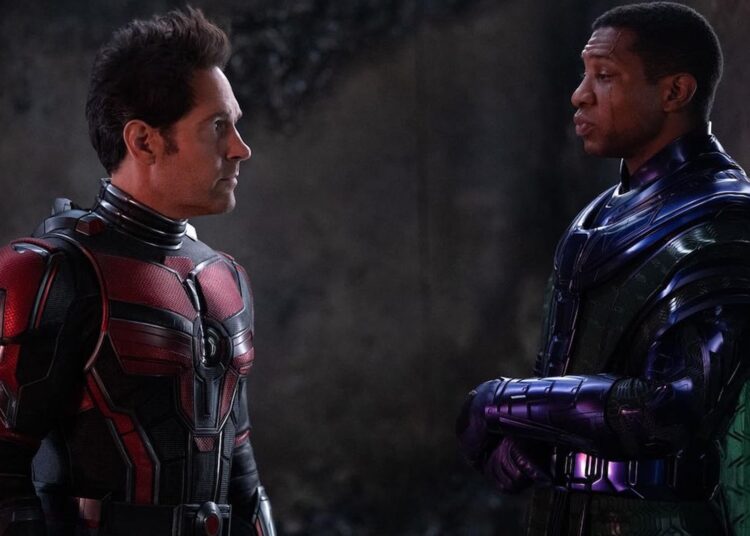 Ant-Man and the Wasp: Quantumania will be the first installment of the Marvel Cinematic Universe‘s (MCU) fifth phase. It will star Paul Rudd, Kathryn Newton, Michael Douglas, Evangeline Lilly, and Michelle Pfeiffer, among others. Peyton Reed will direct, and Jeff Loveness will write the script.

Kang The Conqueror is introduced in Ant-Man and the Wasp: Quantumania.

Kang, the Conqueror, is key to Marvel’s last Ant-Man and the Wasp: Quantumania trailer. Majors has already played another version of Kang in the Marvel Cinematic Universe, He Who Remains, but the two characters are markedly different; Kang has an ominous and dark presence, and his voice carries a feeling of fear and danger.

The Ant-Man & the Wasp: Quantumania trailer suggests Kang knows much about Scott Lang, maybe due to his time travel experiences. Scott has become a celebrity in the current MCU, even writing an autobiography, which Kang may have access to as historical records.

Cassie Lang is the total opposite of her father

Cassie has always adored her father, but the Ant-Man & the Wasp: Quantumania trailer suggests she’s taking after him in the worst way imaginable.

Scott is seen picking up his daughter from prison in one scene, though it is unknown why she was arrested. She may have broken the law as part of an activist cause; Scott was initially imprisoned after committing a Robin Hood-style crime against a corrupt corporation.

He’s probably left wishing he’d lived a different life, which would have led Cassie on a different path.

The new Quantumania trailer also highlights how the Kang Dynasty will rise in the future Ant-Man and the Wasp movie. As a result, Quantumania will center on Kang, showing his comic-accurate look and powers.

Speaking of abilities, the new trailer demonstrates that Kang is more than just an evil mastermind, as he can compete with the Avengers. Kang is actually from the 31st century and carries advanced weapons. That might explain his laser blasts in the MCU.

Kang possesses a large, high-tech army, which he appears to be using against Scott Lang. This is true in the comics, as Kang collected the strongest warriors from all history to serve him, including twisted versions of the Avengers. Those who pay attention will discover the signature blue tones and the recurring ring designs.

The Quantumania Trailer Finally Shows MODOK From The MCU

Kang isn’t the only true villain in the Ant-Man and the Wasp: Quantumania trailer; it also shows off the MCU’s version of MODOK, the “Mental Organism Created Only for Killing.” MODOK, a classic Marvel villain, even had his short-lived animated TV series.

However, he’s been significantly changed for the MCU, and this edition doesn’t even appear organic – instead, he appears to be a robot. Kang has a history of collecting the most powerful weapons, so MODOK makes sense for him, but the new design will be controversial.

Is Ant-Man going to die?

A bit of Ant-Man and the Wasp: Quantumania is shown in the new trailer. It explains Scott’s motive, that Kang would betray Ant-Man once he assists him, and that this betrayal will lead to the two clashings. According to the latest trailer, Kang will also wipe the floor with Scott, possibly killing the Avenger.

One specific scenario in the threequel reveals that Scott is not playing to win. In reality, Scott is aware of his limits and will put all his efforts into ensuring they both lose. As terrible as it is to admit, that sounds like another MCU funeral; it would be an emotional rollercoaster.