Day after announcing her upcoming album, Jennifer Lopez was seen with her husband Ben Affleck in New York! 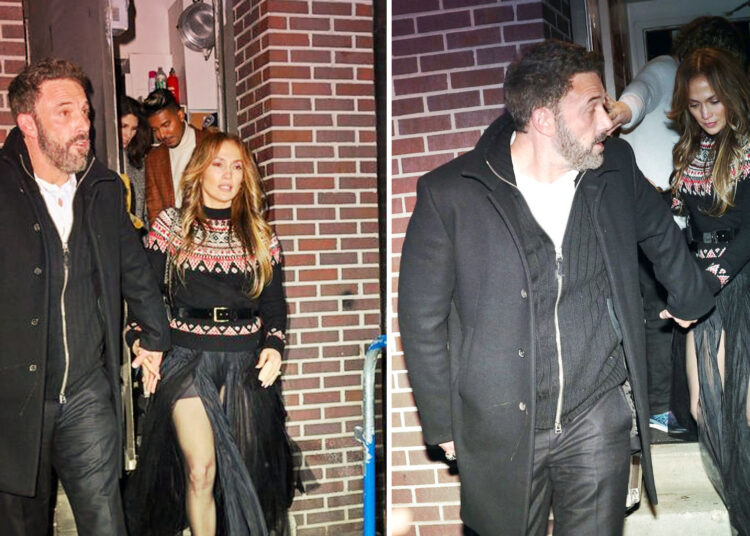 Recently Jennifer Lopez announced her new album, which she will dedicate to her Husband Ben Affleck. A lot of actors and actresses are making their comeback in terms of films and series. The same is going with many musicians who are ready to come up with their singles or album.

Whether it is related to a full package comeback after many years or just a regular comeback after a few months, everything becomes anticipated for fans. Talking about such things then there are a lot of celebrities that have announced their comeback in terms of music.

And among them is Jennifer Lopez who was recently seen holding the hand of her husband Ben Affleck after announcing a new album dedicated to him.

The 53-year-old singer and actress Jennifer Lopez were recently seen with her 50-year-old husband Ben Affleck.

This newly married couple was recently seen heading toward a Broadway show in New York on 25 November 2022. This photo became the first appearance ever since the singer announced her new album getting inspired by her husband.

Coming to the album then it was inspired by the album called This Is Me then in 2002 and changed into This Is Me Now.

Also Read: Zendaya and Tom Holland Are Settling Down?

Here you can check out some posts of Jennifer Lopez and Ben Affleck’s Outing.

The fashions they both carried were remarkable for the season and also for Christmas. Jennifer Lopez was seen wearing an embraced sweater that was appropriate for the upcoming Christmas days as it was a Christmas design sweater. She was also seen wearing a long silky skirt and appeared in a black pair of cool weather.

The evening was remarkable for Jennifer Lopez as she was glowing up by keeping her makeup very natural. She used a brown tone that became a signature look.

The couple made headlines recently this week when she cleared almost everything related to Ben from her Instagram account. After this fans started speculating whether she is going to announce any new project or not.

Soon after Jennifer Lopez announced her new project which is going to be a full-length album after 8 years. They last album of her came in 2014 which was remarkable for many amazing soundtracks.

Once Jennifer Lopez said: “People think they know things about what happened to me along the way, the men I was with—but they really have no idea, and a lot of times they get it so wrong,”

She continued and said: “There’s a part of me that was hiding a side of myself from everyone. And I feel like I’m at a place in my life, finally, where I have something to say about it.”