The business mogul and makeup guru will never shy away from flaunting her hot body on instagram; we don't mind. KJ is once again serving up the heat in this sizzling bikini two piece and we're beyond jealous of how flawless she looks. 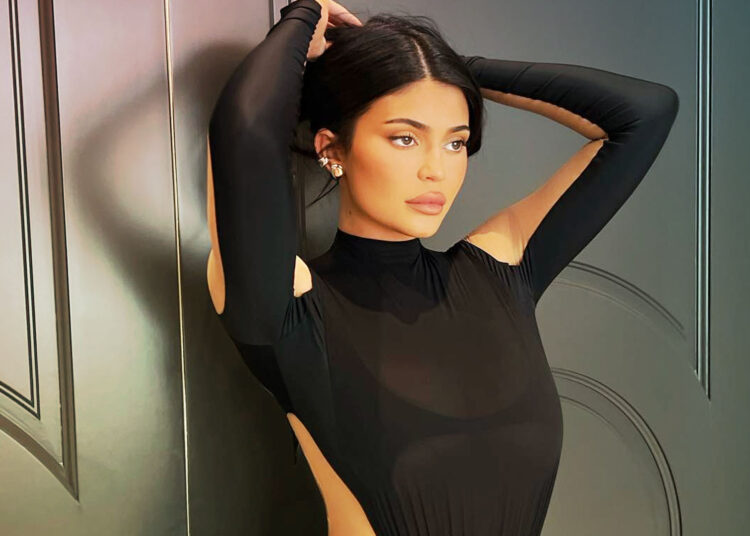 The 25-year-old Kylie Jenner took a dip in the backyard pool in the tiniest bikini you’ve ever seen. The black two-piece featured a tiny bikini bra and a barely-there thong with tiny straps as she showed off her toned abs and massive derriere on the two slides.

Kylie Jenner looked every inch natural and camera ready as she sat on a wooden platform and let the sun kiss her smooth skin with the stunning Californian landscape and blue waters serving as the perfect backdrop.

She let her hair down and showed off simple earrings. Our adoration for KJ is clearer than the waters. The reality star captioned the image, “Staycation.”

The snap broke the internet as fans couldn’t get enough of her postpartum body and even begged her to release the workout routine that made her bounce back so quickly.

Here you can check out some pictures of Kylie Jenner’s Staycation.

“I don’t understand how you clicked it so fast and well???” asked a fan, while another asked: “How do you look like this after two kids.”

The image continues to garner thousands of compliments and likes from Instagram, including older sister Kourtney Kardashian, who recently opened up about being comfortable gaining weight while trying to conceive through IVF, highlighting how stunning Jenner looked.

Combined with the gym, Jenner also claimed that the elastic waistbands give her extra help with exercise and posture, sharing a video of herself working out on the treadmill while using one of Sweet Sweat’s belts.

Since welcoming her son with boyfriend Travis Scott in February, the Kylie Cosmetics founder revealed her name is Wolf Webster, but later changed it and has remained tight-lipped about the new name ever since.

She teased fans about the title in The Kardashians season 2 finale, which is currently airing on Hulu and making big waves.

“My baby’s name is still Wolf. I’ll let you know when I change it. Maybe I’ll tell you in Season 3,” she says with a wink.

Jenner and Scott went public with their romance at Coachella in April 2017, weeks after Jenner split from rapper Tyga and welcomed daughter Stormi in 2018. They took a break from their romance in 2019 and got back together shortly after when they welcomed their second child. , a boy, in February 2022.