In Chainsaw Man Episode 6, Denji and the rest of Squad 4 strive to take down one of the Gun Devil's remnants. 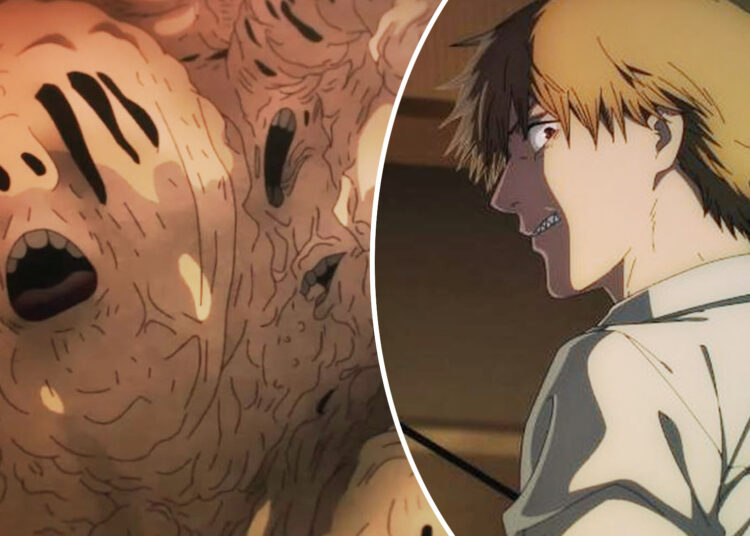 The show centers on the six members of Public Safety Devil Extermination Special Division 4 when they realize they are stranded on the 8th level of the hotel in ‘Chainsaw Man Episode 6, titled ‘Kill Denji.’

However, the Devil, who controls everything, proposes to make a deal with them to set everyone free if he can eat Denji. Here’s all we know about the sixth episode of ‘Chainsaw Man.’

Chainsaw Man Episode 6 takes off where the last episode left off, with Hirokazu Arai checking out the stairs and Himeno following suit with Kobeni Higashiyama’s help.

Himeno inquires about what is going on, and Aki responds that there must be a Devil’s force at work as he enters a chamber. He finds the windows only go into other rooms after turning on the light. After passing through the second chamber, he exits through the door opposite the one he entered.

Arai realizes that no matter how far they go, they continuously end up searching for the Devil on the eighth level. Himeno is likewise interested in the weird phenomenon and tests it, only to discover that it is genuine.

Aki then checks the other rooms on the floor, only to find out that no matter what they try, there is no way out of the 8th floor.

When Aki, Denji, and Himeno face him, the Devil discloses that his heart is not on the 8th floor, implying that they cannot kill him. He does, however, offer to sign an agreement with the Devil Hunters. If they let him eat Denji, he suggests that they let everyone else live.

Kobeni unexpectedly appears from her room and encourages her teammates to accept the deal, even going so far as to attack Denji personally. Arai agrees with Kobeni, but Aki and Himeno refuse to strike a deal with their adversary, who later exposes himself to be the Eternity Devil.

When nothing works in his favor, the Eternity Devil rotates the entire floor in one way, forcing the Devil Hunters to flee.

Kobeni and Arai become utterly paranoid when the Eternity Devil surrounds the members of the Public Safety Devil Extermination Special Division 4. They try to persuade Himeno and Aki to accept the contract terms provided to them, but they continue to refuse. Finally, Aki realizes they are running out of time and decides to use his blade instead.

But Himeno intervenes and prevents him from doing so. She then explains that Aki’s life will be significantly reduced if he uses the sword due to the bargain he has made.

Kobeni has seen enough at this time and attempts to attack Denji to end the conflict. However, she inadvertently stabs Aki, who dives between the two to save Denji.

Aki begins to bleed excessively, but Powers stops the flow using Blood manipulation. However, whether he has suffered any internal organ damage or significant problems is not stated.

As a result, we turned to the manga series for an explanation. The stabbing is a considerable condition, but the damage is not fatal, and Aki will soon recover.

Even though the plan is hazardous and his odds of survival are slim, Denji rushes directly into the Devil’s mouth and is devoured. The episode closes on an unclear note, although Tatsuki Fujimoto’s manga series makes it evident that Denji will not die anytime soon.

After changing into the Chainsaw Devil, he will risk his life to save himself and the other five members of the Public Safety Devil Extermination Special Division 4. It is preferable to wait until the next episode and see how the fight unfolds.