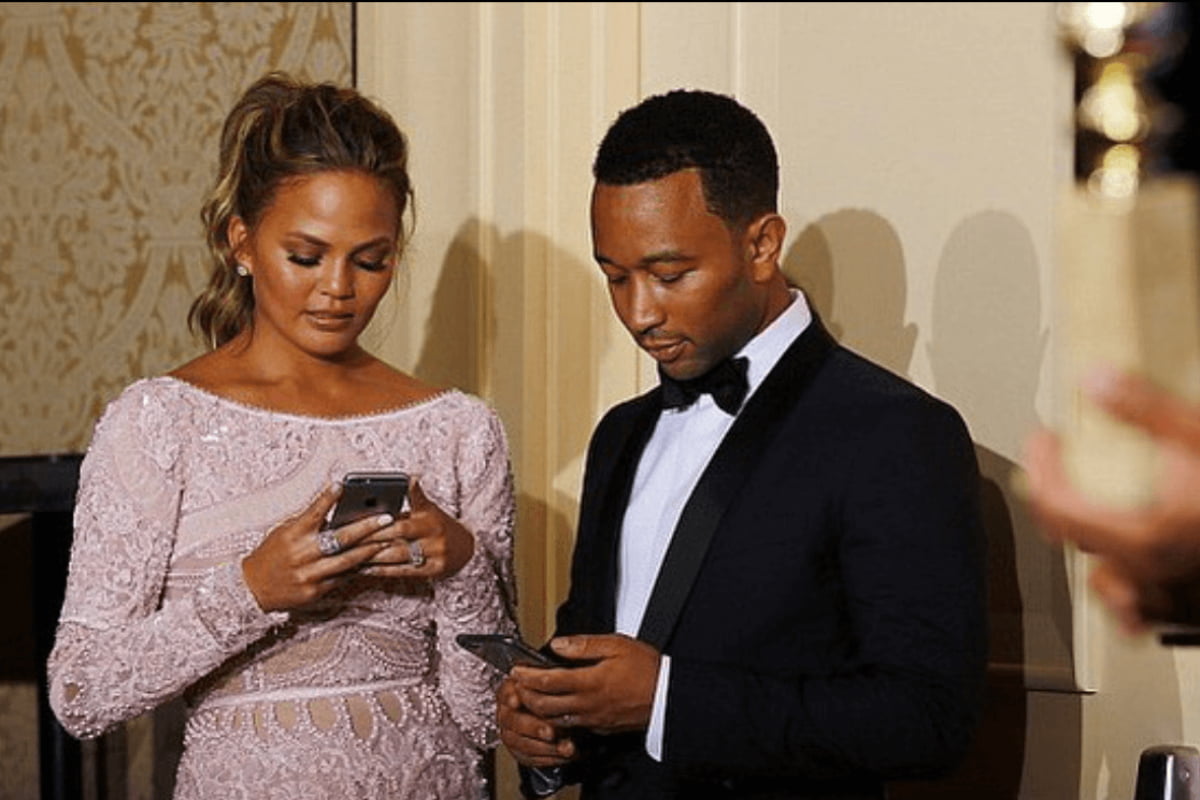 Updates on Chrissy Teigen: The 35-year-old Chrissy Teigen posted a hot picture of herself in lingerie which is the reason why her partner was unable to stop himself from replying.

Sometimes it is good to be a little different from what you always used to be. Chrissy took it to Instagram to share her hot, but a rare picture. The picture looks cool and even shows the bond of Chrissy with her pet Petey.

Chrissy is seen wearing her lingerie with a pair of cozy socks, which makes her super hot. She is seen playing with her pet Petey. Her photo was completely unfiltered. The caption said “f**kit!” Chrissy has been successful in keeping everything real, be it an Instagram post or anything else.

Talking about john legend, he was not able to keep calm looking at Chrissy’s photo and as a reply to her caption wrote “don’t mind if I do”. This is for sure something that is actually arousing for John. What can be more hot and attractive than your partners’ rare picture?

The couple has also faced tough times throughout the journey. The past few months were not very easy for the couple. Chrissy was pregnant with her third child but had a miscarriage in September 2020.

The time was really tough. Chrissy was even depressed and was weak as she suffered heavy blood loss. But their spirits were high and they are out of the problems now. They have named their son Jack.

Know What Chrissy Teigen Says For Her Tragic Loss

Chrissy opened up about her tragic loss and calls the past few months devastating and brutal. She says that her loss was the biggest loss. She added that these months of loss were mentally exhaustive, physically challenging, and painful too.

She says that she will always remember the months of her loss even after she turns old.
After all, the love of Chrissy and john is really unconditional and we expect them to be as they are!

Related: George Clooney Reveals He Was hospitalized After Losing weight for his new movie

Chrissy’s Court Season 2: Every Update That You Should Know

Chrissy Teigen Has Shared Her Selfie With No Clothes ON!

Michael Costello Said It Is Now Okay Between Him And Chrissy Teigen!

Chrissy Teigen Shares Eyebrow Transplant Results- Before and After