Michelle Yeoh, who plays Scian in Netflix's 'The Witcher: Blood Origin' recently shared her views on the re-casting of Liam Hemsworth who will be replacing Henry Cavill for the role of Geralt. 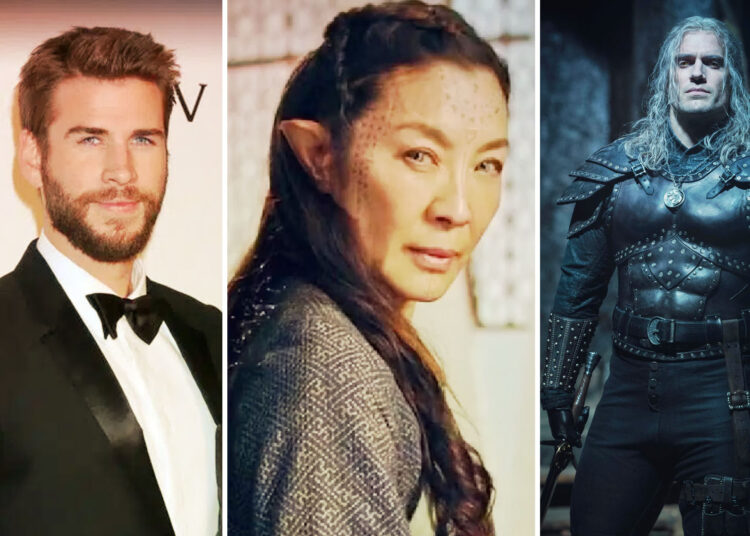 Geralt, the role played by Henry Cavill in ‘The Witcher: Blood Origin’ has been re-casted. Liam Hemsworth is the one who will now officially play that role. See what Michelle Yeoh has to say on this recasting.

What Did Michelle Yeoh say?

Michelle Yeoh, the 60-year-old Malaysian actress who plays the role of Scion in Netflix’s ‘The Witcher: Blood Origin’ recently shared her views on the re-casting of Liam Hemsworth who will be replacing Henry Cavill for the role of Geralt.

In an interview with E! News, Michelle Yeoh was asked a question regarding the controversial decision to recast Liam Hemsworth from Henry Cavill. She replied in the following words,

“I think Henry did such an amazing job,”

“Let’s see what Liam has to bring, right? That’s how it is.”

From the answer, it seems that Michelle is hopeful for ‘The Witcher: Blood Origin’ as well as Liam Hemsworth who will now be playing the lead character, Geralt in it.

Is it this way or Michelle Yeoh is unhappy about the decision as she started the answer by praising Henry’s work? What do you think? Comment down below.

Henry Cavill announced the devastating news of him leaving the popular show ‘The Witcher, Blood Origin’ by himself. He posted on Instagram on October 29th, where he wrote,

“My journey as Geralt of Rivia has been filled with both monsters and adventures, and alas, I will be laying down my medallion and my swords for Season 4.”

“In my stead, the fantastic Mr. Liam Hemsworth will be taking up the mantle of the White Wolf. As with the greatest of literary characters, I pass the torch with reverence for the time spent embodying Geralt and enthusiasm to see Liam’s take on this most fascinating and nuanced of men.”

He ended the statement with the following words,

“Liam, good sir, this character has such a wonderful depth to him, enjoy diving in and seeing what you can find.”

The fans of ‘The Witcher: Blood Origin‘ were shocked after the announcement. A lot of shocking comments were seen on the post that Henry made.

Bosslogic, the famous art designer who works with the DCEU wrote, “Today is a sad day. But looking forward to all your future endeavors, the show will not be the same without you.”

One of the fans wrote, “No just no. You are Geralt. You play him perfectly.”

As Michelle Yeoh said, let’s see what Liam Hemsworth will bring to the table.