Priyanka Chopra Was Seen With 8 Months Old Malti While Taking The View Of NYC!

Sharing a rare of photo of herself and baby, Priyanka Chopra gave a little glance from her adorable mother life! 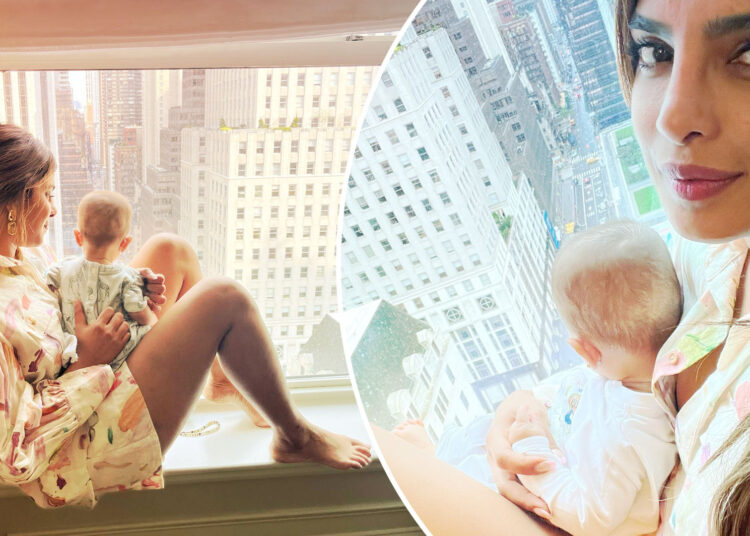 Priyanka Chopra was enjoying the NYC view with 8 months daughter Malti. It is very much common for celebrities to share their personal life on social media and with their fans. But when it comes to their children then they try to keep it very private and make it very grounded.

They want to do all these things because of the interference of media in their life and especially their kids that is the reason why they don’t want any kind of involvement in it. When it comes to all these things then Priyanka Chopra is doing quite well with her eight-year-old daughter Malti who was seen in the recent post of the mother.

The 40-year-old actress Priyanka Chopra was recently seen in New York City Skyline with her 8-year-old daughter whose name is Malti. She has uploaded an Instagram post where the mother was loving her baby. She was seen sitting at a window and the baby was on her lap, looking out of the window.

Also Read: Priyanka Chopra Was Seen With Her Daughter Malti In An Adorable Moment!

Here you can check out some recent posts of Priyanka Chopra.

In the first picture, Priyanka was seen wearing a pajama set and looking out of the window while adoring the moment. In the second picture, we have seen her hair down and giving a close-up smile to the camera.

Coming to the response of fans than they are loving this new reflection of Priyanka Chopra on social media. It was recently when Priyanka Chopra and the whole family celebrated the birthday of Nick Jonas who has just turned 30. She has shared a very lovely video that has a mixture of all the pictures from the party.

And that is the reason why a lot of fans are loving the way Priyanka Chopra is being opened related to her personal life and celebrates things on social media. But it doesn’t mean she is going to show the face of her baby. As of now, she is not ready to open up about her baby and the face due to privacy reasons. She wants to take it very grounded and at the same time very much to herself.

This latest mother-daughter picture came after she was seen attending the concert of Nick Jonas in Mexico. Nick Jonas was seen sharing the picture of them sitting at a table in a memorable location. He was looking very handsome in a yellow shirt and brown sunglasses.

Whenever Priyanka Chopra and Nick Jonas get time then they try to spend all their time with Malti. They are loving the phase of being parents and that is the reason why the love between them has been glorified in a new way. The starting phase of their parenting was quite difficult as the baby has spent almost 100 days in NICU and that is the reason why they want to celebrate every moment with the baby.