Hollywood Celebrities at the 2022 Emmy Awards

Sydney Sweeney's wearing a teal green dress and Zendaya is in a plunging neck Dress. The Stars Played With Fashion at the 2022 Emmys After Party. 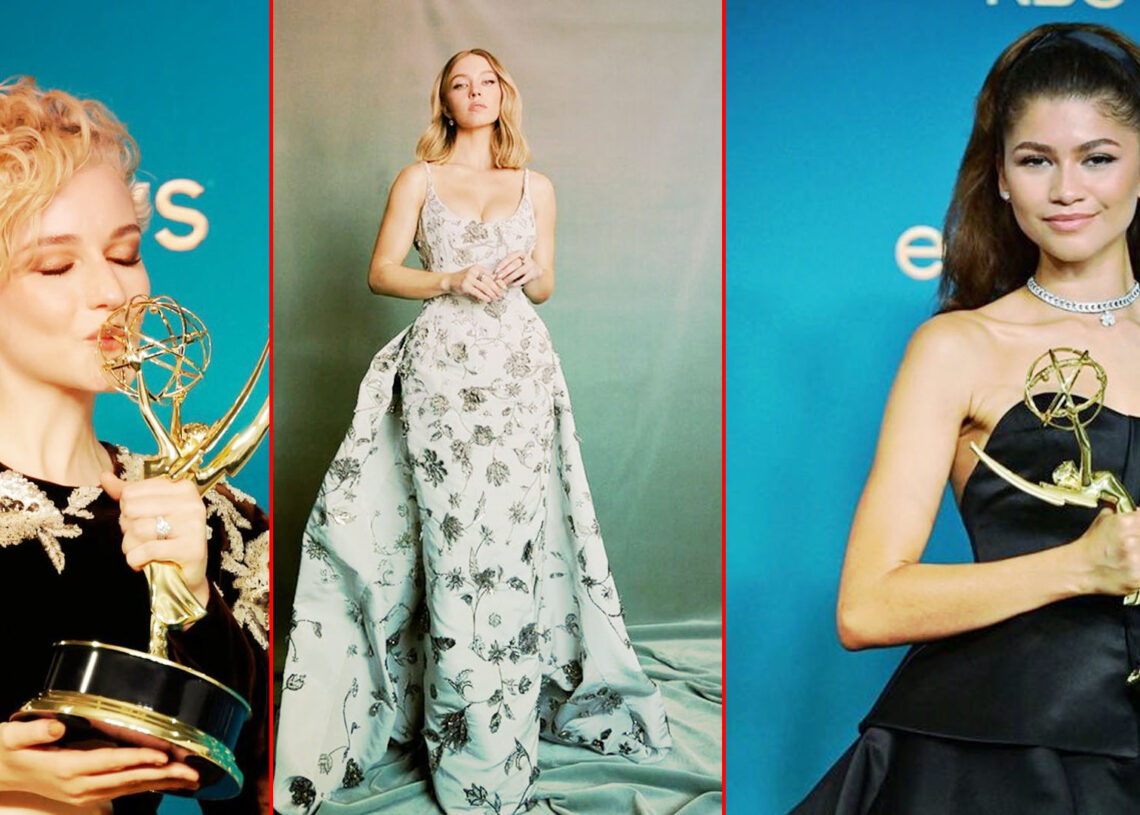 Sydney Sweeney looked fashion forward in a dark sea green dress to dance the night away. After turning heads at the 74th Annual Primetime 2022 Emmy Awards, the stars headed to the after party, which was, as expected, a fashion gala where celebrities played with their style and how!

Held at the San Vicente Bungalows in West Hollywood, the stars celebrated their big wins while making sure to dazzle the night away. So let’s take a look at some of the best style moments from the night.

After every star-studded awards show comes to a glitzy after-party, and attendees at this year’s Emmys did not disappoint. Stylish first-time nominees and veterans alike graced the red carpet ahead of the September 12 ceremony, then swapped their glamorous gowns for more playful and comfortable options at the network parties that followed.

The Whole Cast of Euphoria was Spotted at the 2022 Emmy Awards.

The cast members of “Euphoria” had a particularly fun time at the HBO party. Unsurprisingly, Zendaya, now a two-time Emmy winner, was one of the best dressed.

Styled by Law Roache, she changed from her classic black ball gown to a plunging red Valentino dress designed just for her by creative director Pierpaolo Piccioli. Sydney Sweeney did a dramatic 180 from her floral Oscar de la Renta gown, wearing a voluptuous teal Versace gorgeous gown with latex sleeves and multiple cutouts.

Maude Apatow, on the other hand, missed the ceremony but attended the afterparty in an elegant champagne corset dress by Vivienne Westwood.

At the Netflix party, attendees like HoYeon, Regina Hall, and Julia Garner, who took home an award that night, joined the streamer’s other stars including Poorna Jagannathan, Lee Rodriguez, Davina Potratz, and Selling Sunset’s Chelsea Lazkani.

“Ozark” and “Inventing Anna” star Garner kept her velvet Gucci ensemble to the after party.