All American Season 5 Release Date & All That We Know So Far!! 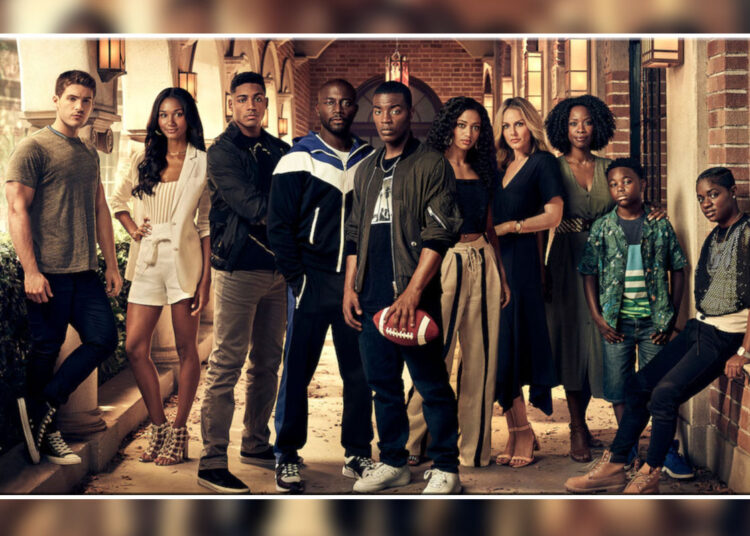 All American Season 5 Update: In the United States, football is considered one of the most widely followed sports. The sports drama known as “All American” is a show that has contributed to an increased level of enthusiasm for this sport. Since the show has gained so much popularity, viewers have been interested in knowing when the fifth season of All American will be broadcast.

After four seasons, the CW drama series that began in 2018 is still going strong. The sports drama series called All American is based on the life of Spencer Paysinger, a professional football player. All American, which made its debut in 2018, has established itself as one of the top TV dramas of recent years.

The show centers on Spencer James, a talented high school football player who is selected to play for Beverly Hills High, bringing his social and professional lives into dramatic conflict. On May 23, 2022, All American’s fourth season came to an end on The CW.

Following its tremendously successful run of four seasons, the sports drama television show will be returning for a fifth season, as was revealed in March of 2022.

The fact that the new season will present Spencer with new problems has piqued the interest of the audience. So, what are the most recent developments concerning the fifth season? When will the fifth season of All American be available to watch? Everything that we know is discussed below.

In March 2022, The CW decided to renew the show for a fifth season. Even though the fifth season’s filming hasn’t begun, we can confidently predict when it will premiere on The CW.

Historically, the show’s seasons 1, 2, and 4 debuted in October. Season 3 has been postponed until January 2021, owing to the COVID-19 epidemic. Therefore, considering all these points, we can assume that the CW intends All American Season 5 to premiere in October 2022.

All of the key cast members are anticipated to return for All American’s fifth season. To begin, it can absolutely be confirmed that Daniel Ezra will reprise his role as Spencer James for the following season. Additionally, we have confirmation that Coop (Bre-Z) and Olivia (Samantha Logan) will return for the upcoming season.

Although nothing has been confirmed as of yet, it is possible that the recurring supporting characters Layla (played by Greta Onieogou), Jordan (played by Michael Evans Behling), Grace (played by Karimah Westbrook), and Coach Billy Baker (played by Taye Diggs) will also appear in season 5.

Since the show had recently wrapped up its fourth season, we have a pretty decent idea of what to anticipate from the show’s upcoming fifth season. It is well known that Spencer’s time in high school is coming to an end soon. Therefore, the new development we will witness in the upcoming season will be a transfer to a college.

Spencer’s troubles will increase as a result of this change. His long-term goal is to find a place in the NFL. But it’s obvious that he struggles to strike a balance between his social life and his studies. One area, in particular, will be the focal point moving ahead.

Aside from Spencer, the main plot points going forward will be Coop and Patience’s music careers. They are both moving in opposing directions. Patience is taking pleasure in the release of her new record while Coop is prioritizing her health.

Season 5 of the show will undoubtedly explore the conflict between these two and their divergent paths. One of the hot subjects of the upcoming season will be the complicated relationship that exists between Olivia and her twin brother Jordan.

What Is All American About?

The show “All Americans” is based on a true incident. Football player Spencer Paysinger served as inspiration for the book All American. Despite being based on him, the series now has full creative freedom over dramatization. His life’s events have undergone several changes.

Speaking of the things that have changed, the show’s lead character now goes by Spencer James rather than Spencer Paysinger. Giving a face to the story feels nice because the show’s producer stated that it is a real narrative and was inspired by a true story. In addition, he was of the opinion that it was essential to hear the narrative from Spencer.

Where To Watch All American Season 5?

On May 31, 2022, All American Season 4 became available on Netflix. The shows are available for streaming on various networks for viewers outside of the US. All American is also accessible on Amazon Prime Video in India. Additionally, episodes are for sale on YouTube TV and Amazon Prime.

Also, Read Conners Season 5: Click To Know About The Every Detail Of The The Show