Actress and model Anveshi Jain has shared BTS video from a song shoot.

by Ranjeet Kumar
Reading Time: 2 mins read
A A
0 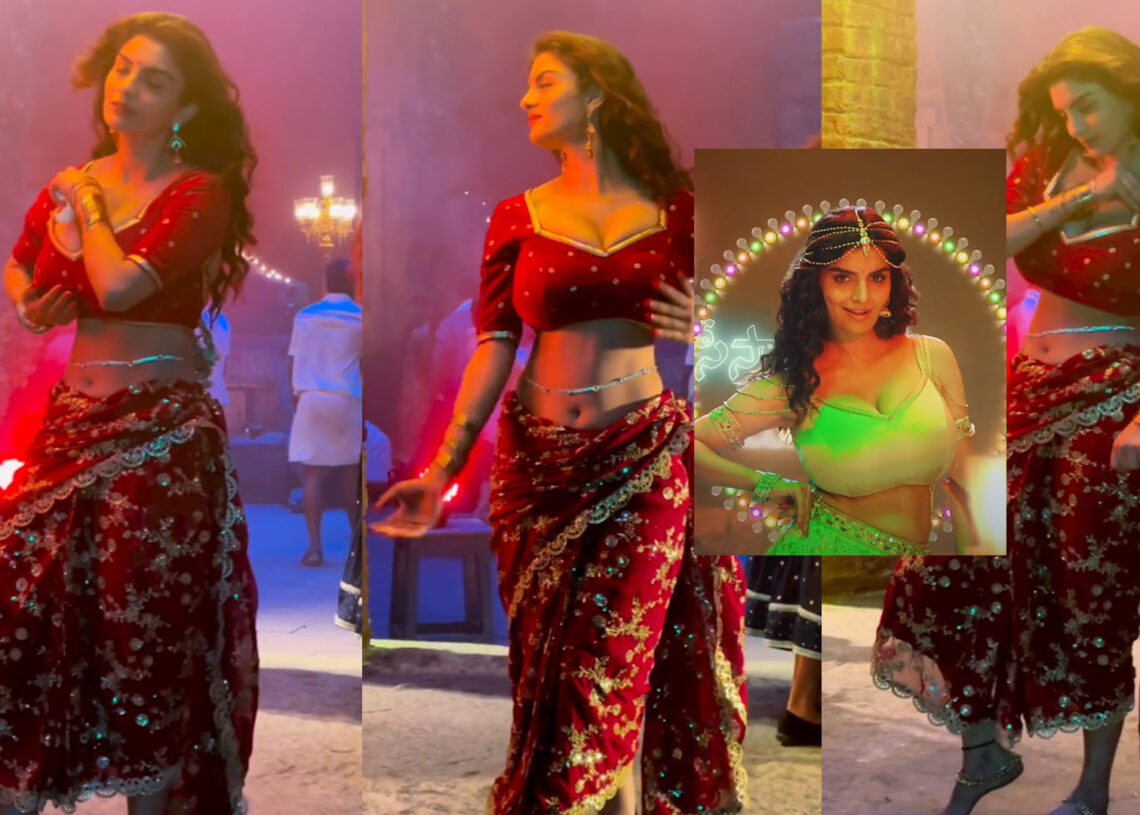 Anveshi Jain has always been one of the hottest actresses on Indian television, and she has always entertained her fans with bold photos and videos on her Instagram handle where the actress has 5.8 Million followers.

The Gandi Baat Actress is famous for her bold pictures on social media platforms and her official app where she chats with her fans. Recently the actress appeared in a song called Naa Peru Seesa from a movie called Ramarao On Duty starring Ravi Teja.

From the BTS of that song, Anveshi Jain has shared a hot blouse adjusting video of herself on Instagram and she is looking extremely gorgeous in the video.

The video has got more than 1 lac likes and thousands of comments on it.

One user has written: “Only you can dance so beautifully, carrying so much luggage and baggage.”

Another female fan has said: “too much hotness in a single pic😍😍😍”

If you don’t know the song is from Ravi Teja’s upcoming movie Ramaro On Duty and the song has already been released. IF you have not watched the video yet, you can have a look at it below:

If you don’t know Anveshi Jain is a motivational speaker and life coach too. She has done B. Tech in Electrical and Electronics from RGPV, Bhopal. His family was not supportive of her bold scenes and photoshoot and that’s why she had to level her family in the night she is one of the strongest actresses in India Television Industry who has done everything by herself in her life.

She came to fame from her role in the series Gandi Baat 2 white she has been seen doing an intimate scene along with co-actress Flora Saini and that episode was the highlight of the show.

Below we have shared few beautiful nd hot pictures of then actress: