Jannat is the most followed social media influencer and her popularity is growing everyday. 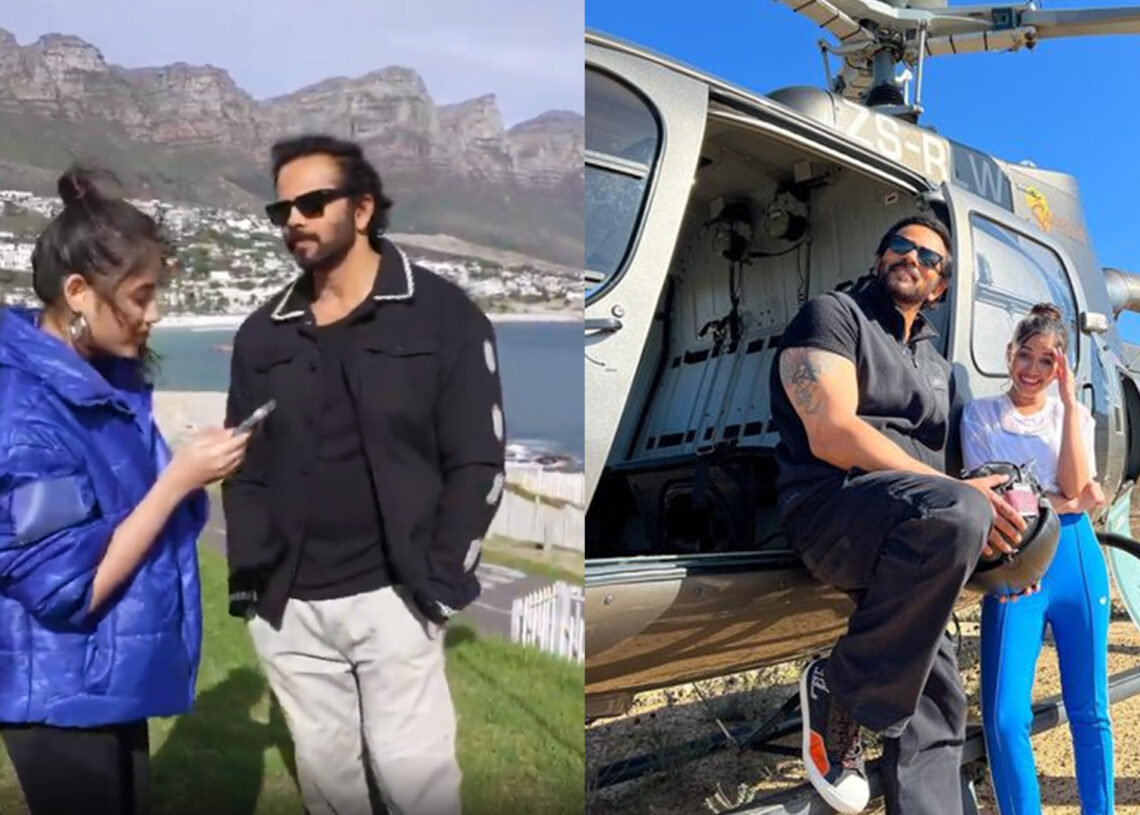 Jannat Zubair is one of the most popular and influential young artist in India, and it would even be non-controversial to say that she is “The” most popular social media star in India, its truly mindblowing that she has over 43 million followers on Instagram which is even more than many prominent Bollywood actors and actresses.

The young and talented actress in currently in Cape Town, South Africa shooting for Khatron Ke Khiladi season 12 and she is having a total blast over there. Jannat is quite active on social media and she is posting regular updates from the sets of the show.

Now recently she posted a funny Instagram reel with film director Rohit Shetty who is the host of the show, in the video Jannat can be seen ready for a fight with Rohit and he gets up and simply touched her head and Jannat collapsed,

Well it was surely a very funny clip and the video went viral and netizens had a great laugh watching the reel which has almost 2 million likes and thousands of lovely comments.

Jannat, who is 20 years old is the youngest contestant on the show but she is giving tough competition to every participant. Jannat is having great experience in the show.

Recently she gave an interview where she also talked about learning lot of new things from fellow contestants and the host of the show, she also mentioned about her new name that she has got in the house by Rohit Shetty as they call her Chota Packet Bada Dhamaka seeing her toughness.

She also talked about how everyone treats her like a little one and everybody takes care of her. The show has some seriously tough contestants and the competition will surely be tougher, the show will air from July 2 on Colors TV every Saturday and Sunday.