Sweet Home Season 2: Netflix Renewed it or Not?

Much-awaited Sweet Home Season 2 has been renewed by Netflix or not? Here we have every information related to the Korean post-apocalyptic series. 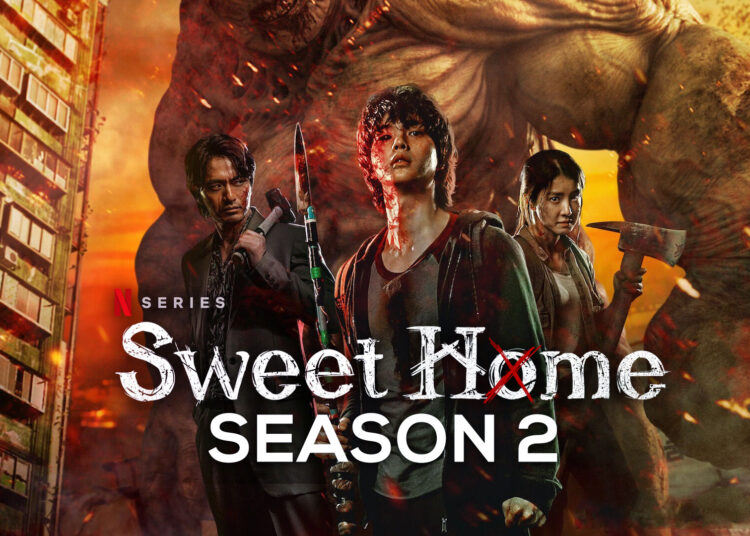 Sweet Home Season 2 is one of the much-awaited series here and fans are asking about the renewal updates about the series as it is more than 18 months now and we have not got any news about one of the most-watched series on Netflix.

Sweet Home was released in December 2020 and it had got the trending number #1 rank just two three days before Squid Game this was the most-watched Korean drama series on Netflix.

The series is based on a webtoon comic that was created by Yonchan Hwang and was produced by Studio Dragon and distributed by Netflix as an Original Series. the series revolves around residents of an apartment who fought with monsters during an apocalyptic event.

Cha Hyun-soo is the main lead who had helped the apartment residents in fighting with the monsters which role has been played by Song Kang, you may have seen him in the series like Love Alarm, and Nevertheless.

Has Sweet Home Season 2 been announced by Netflix?

Although there was a rumor about the Sweet Home Season 2 that it has been confirmed and Netflix is already working on the series, which is only because of an ost on Twitter by the user @kdramatreast.

The account had posted IG Story photos from the Song Kang’s manager, which says

But since it has not been confirmed by Netflix representatives or anycast yet, So we cannot say it is officially confirmed. Another Korean Website NAVER has reported that the production of Season 2 is under-going and we can expect updates about the same very soon from Netflix.

Although the series has a huge fanbase all over the world and it’s been on the top 10 lists in every region on Netflix.

As per What’s On Netflix, the show has been on the top 10 lists in the USA for several months. Not only this the show was a great hit in every country and was on the top 10 list in  South Korea, Malaysia, Philippines, Qatar, Singapore, Taiwan, Thailand, and Vietnam.

So we can confirm that the Sweet Home Season 2 will be renewed very soon and we’ll update you about the news.

When can we get the Season 2 Release Date?

The Seson 2 of the show is yet to be renewed or confirmed by the makers and Netflix, So I think we can expect the renewal update anytime soon. And by the end of 2023 we will get the Sweet Home Season 2 on Netflix.