by Ruchi Singh
Reading Time: 3 mins read
A A
2 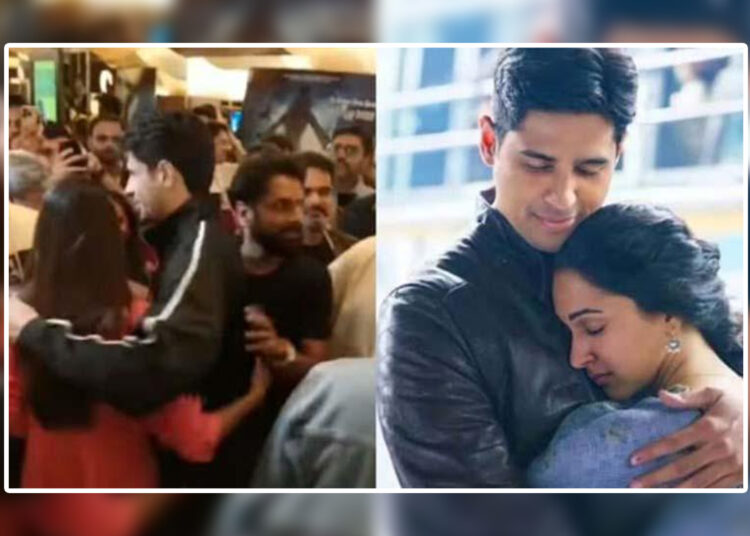 When Shershaah’s movie of Kiara Advani & Sidharth Malhotra hit the big screen. The chemistry of the duo in the movie got praised by the audience a lot. In fact, the movie even proved to hit at the box office making their on-screen chemistry go popular and loved by everyone. However, they have been recently seen at the screening of the Bhool Bhulaiyaa 2.

Read ahead to know more about Kiara Advani & Sidharth Malhotra spotted at the screening of Bhool Bhulaiyaa 2.

As Kiara’s first hit movie came with Sushant Singh Rajput. Sidharth Malhotra’s hit movie came with Varun Dhawan and Alia Bhatt’s Student Of The Year. However, the duo’s dating rumors came out in public only after they appeared in the movie Shershaah.

After the hit movie of the duo Shershaah. The rumors of Sidharth dating Kiara came out in public. The duo after their hit movie were often spotted with each other on and off. Both Kiara and Sidharth looked visibly in love with each other. Yet they never made their relationship public.

Though, they haven’t been paired up in any other movie after Shershaah. However, at public events, they always get clicked together by the paparazzi. Not to miss, fans of the duo actors have always loved the pair. But have they broken up?

Kiara Advani & Sidharth Malhotra are rumored to have broken up

But recently both Kiara and Sidharth just put the breakup rumors to rest as they were spotted together. As Kiara Advani is playing the lead in the Bhool Bhulaiyaa 2. The cast of the film was spotted at the screening of the film.

Kiara Advani About Her Marriage, Click To Know More