Marvel has release the first look of Echo aka Maya Lopez from the upcoming show on Disney+. 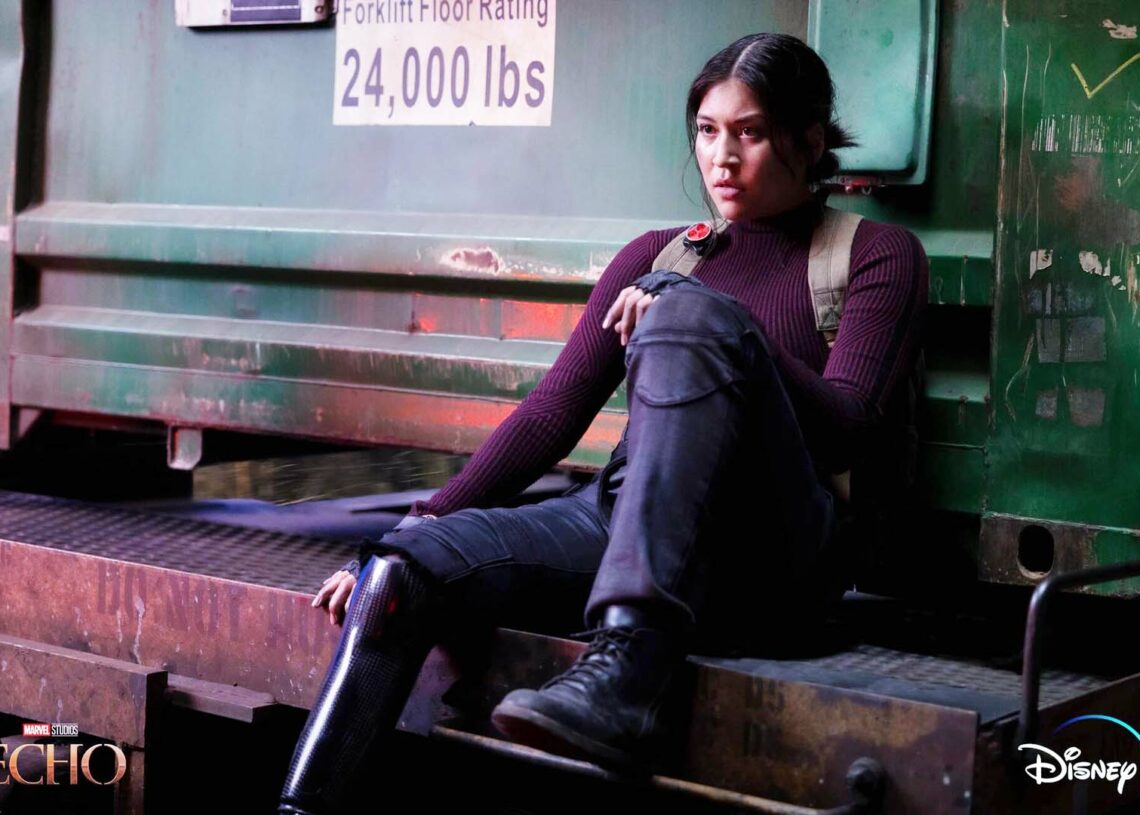 Marvel’s Echo First Look has been revealed by world’s one of the biggest production company on their official website, we can see Maya Lopez aka Echo played by Alaqua Cox seated in the backside of the van or truck same as we have already seen in Marvel’s Hawkeye in which she was first introduced working alongside Kingpin in New York City to take revenge of her father’s death and later she had realized that her father was killed by nonother than Kingpin.

And at the end of the series, we had seen that she was confronting Kingpin for her father’s death and had pointed a gun at him, but we had not seen Kingpin’s death so probably Kingpin will also be back in the series on MCU in another series very soon. We will discuss Kingpin’s return to MCU in another article, as he is one of the main enemies of Spider-Man and Daredevil so most probably he will be seen in Daredevil’s series or stand-alone movie.

As in the image, we can see the deaf gang leader in New York who was working for Kingpin before, and now she had to run out of New York because of her ruthless works in New York against Hawkeye and Kate Bishop (who is our new Hawkeye in MCU and she will join Young Avengers soon).

So after New York Maya is in her hometown, where she will be followed by new enemies and she has to deal with them, at the end of Hawkeye we had seen she was about to kill Kingpin so she may have created so many enemies after that incident and she wants to make her own gang in her hometown, so the story of the Echo will revolve around Maya’s journey to make her own gang and become powerful to defeat Hawkeye next time, as in comic books she is one of the main villains of Hawkeye, Kate Bishop, and Daredevil.

Here is the official Synopsis of the Marvel’s Echo

“The series follows Echo as she must face her past and reconnect with her Native American roots in order to move forward.”

Marvel’s Echo Series has been scheduled to be released in late 2023 as per the Marvel Studios the series is under production right now.

The Cast of the Series

As per Marvel’s Official Website, the Cast of Echo will have Chaske Spencer (you may have seen him in the series Wild Indian, and The English), Tantoo Cardinal who is famous for his role in Killers of the Flower Moon, and Stumptown, Devery Jacobs (FX’s Reservation Dogs, American Gods) and Cody Lightning (Hey, Viktor!, Four Sheets to the Wind), with Graham Greene (1883, Goliath) and Zahn McClarnon (Dark Winds, FX’s Reservation Dogs)

The series has been directed by Sydney Freeland, who has directed one episode of Star Trek: Strange New Worlds and few episodes on Rutherford Falls, and two episodes of Grey’s Anatomy but is famous for her film Drunktown’s Finest (Director and Screenplays) and Catriona McKenzie who is an Australian Filmmaker and famous for her film Satellite Boy and TV series like Kiki and Kitty and Wrong Kind of Black.

As She-Hulk Trailer has been released today, I have discussed the possible characters who will appear in the series in another article.